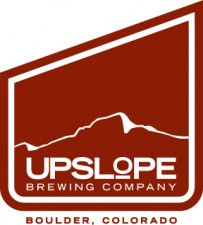 (Boulder,CO) – Golden Eagle Distributors, Inc. has acquired distribution rights from Upslope Brewing Company for the state of Arizona. Upslope uses the finest ingredients to craft award-winning beers at its two Boulder, Colorado breweries. This will be Upslope’s first entrance into the Arizona market and expands their distribution footprint to three states.

After meeting at the Great American Beer Festival, Golden Eagle built a relationship with Upslope, visiting their Boulder breweries and hosting them in Arizona. Management from both companies quickly realized this could be a great partnership.

“Upslope is a great addition to our statewide portfolio. We are thrilled to bring Upslope to Arizonans so they can fall in love with their beers, just as we have,” said Kimberly Clements, President, Golden Eagle Distributors, Inc. “The team at Upslope is awesome. They brew award winning beer and are a great match for how we go to market. We can’t wait to start selling Upslope!”

Upslope selected Golden Eagle for its expansion into Arizona after doing their due diligence looking at the state’s beer wholesalers. Golden Eagle has a selective craft beer portfolio, working with breweries that share their passion for developing great brands. With seven warehouses throughout the state and an educated craft sales force, including its own pilot brewing system, Golden Eagle has the right tools to build Upslope in Arizona.

“We could not be more excited about taking Upslope to Arizona and working with the great folks at Golden Eagle Distributors, Inc.,” said Upslope Director of Sales and Marketing, Henry Wood. “Like many places, the craft beer scene is rapidly growing in Arizona, and we’re looking forward to exploring its wild country with our cans in tow.”

Golden Eagle Distributors, Inc. is a premier distributor of alcohol beverages throughout Arizona. Since 1974, Golden Eagle has been known for providing quality beverages, excellent customer service and community service throughout the state of Arizona. The third-generation company is owned by the Clements family and is headquartered in Tucson with offices in Buckeye, Casa Grande, Flagstaff, Globe, Show Low and Tempe, Arizona.

Boulder-based Upslope Brewing Company is the creator of premium, filtered ales and lagers that are artfully crafted using natural ingredients. Packaged in aluminum cans for exceptional portability, and because it’s best for the environment, Upslope complements the outdoor lifestyle and caters to the on the-go beer enthusiast. The five flagship beers include: Pale Ale, India Pale Ale, Brown Ale, Craft Lager, and Imperial India Pale Ale. Additional installments are offered in a Limited Release Series. In an ongoing effort to protect Colorado watershed, and the key ingredient in Upslope ales and lagers, one percent of Upslope Craft Lager’s revenue benefits Colorado Trout Unlimited.