(BLOOMINGTON, IN) — Upland Brewing Co. continues the expansion of their sour ale program to Portland, Maine in early June. Partnering with Nappi Distributors out of Gorham, who have been providing beer and wine to the area since 1933, the initial wood-aged sours landing in Portland are Hopsynth, Iridescent, and Luminary. Each will be available on draught at select restaurants and bars and Hopsynth and Iridescent will be available in 500 ml bottles. 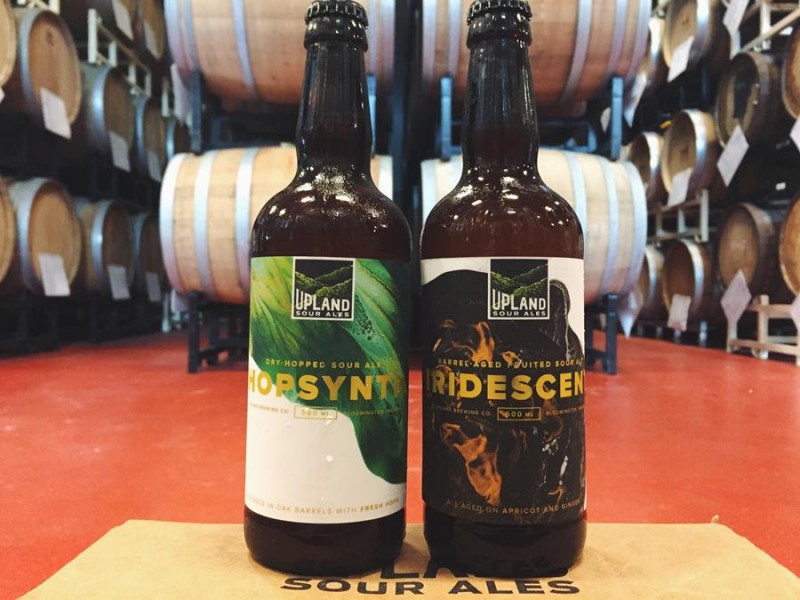 “Portland’s craft beer scene has been on fire over the past few years, thanks in part to some of the country’s finest craft breweries in the area, as well as Nappi Distributors providing the largest selection of beer and wine in New England. Portland is small, but mighty, and we are excited to be here,” said Dusty Howe, Upland’s Sours Brand Manager.

Upland’s sour ale program began in 2006 after trading some cases of beer for a few oak barrels from a local winery. The program continued to grow thanks to a group of dedicated followers and the pursuit of the brewers to experiment with ingredients using a traditional brewing style. A year ago, Upland opened The Wood Shop Sour Ale Brewery, allowing them to expand production, but also giving them more room to innovate with small batch trials of beer.

Hopsynth is a blend of their blonde sour ale, Basis, with the freshest experimental hops available at the time—Citra and El Dorado—for this latest batch. This is a lighter, hoppier sour ale with huge wafts of piney and citrusy hop aromas. Iridescent is a unique combination of apricot and ginger in a sour beer that is sure to catch the attention of new and experienced sour beer drinkers. Luminary is a melding of Basis, fruited with pineapple, persimmon, and peach, and then dry hopped with Galaxy hops before packaging to give off delectable hop aromas complementing the fruity flavors.

Launch events begin the week of June 5, starting at Great Lost Bear with all three Upland sours on draught. On June 6, fans can find them at Nosh and the Bier Cellar. Launch events conclude on June 7 at Novare Res with a tapping of the wood-aged sours and craft beer fans in the area are encouraged to attend and chat with Upland reps who will be on site.