(Bloomington IN) – Upland Brewing Co. announces the launch of their sour ale program in Nashville, Tennessee, after almost a year of expansion along the east coast. Upland is partnering with Bounty Beverage, Nashville’s only 100% American craft beer distributor, to bring their wood-aged beers beginning the week of July 10. The first sour ales to be released are Hopsynth, Iridescent, and Revive. 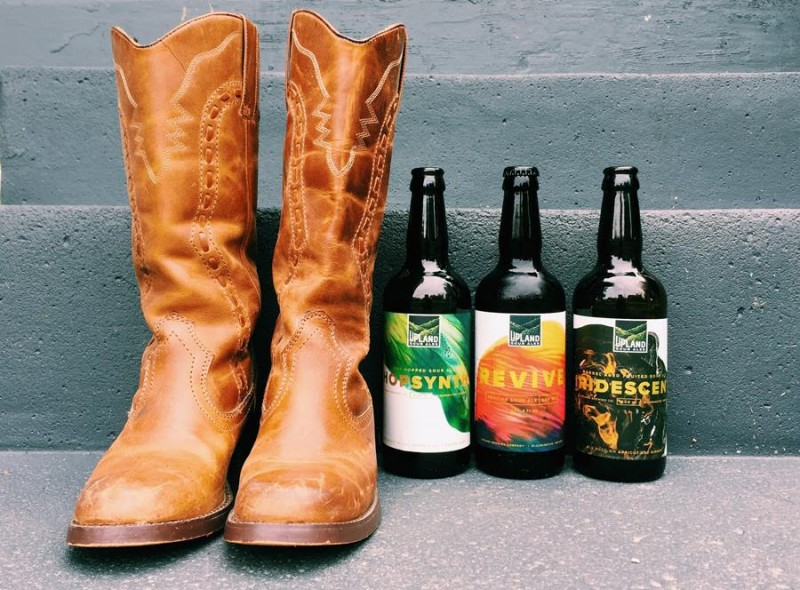 “Nashville is one of the most fun cities to visit on the weekends for us in the Midwest, but that’s not the only reason we’re launching our sours there. Not only is it paradise for music lovers, but the food and beer scene is one-of-a-kind. Thanks to our partnership with BountyBev, we know our sour ales will be welcomed and enjoyed by locals and visitors alike,” said Dusty Howe, Upland’s Sours Brand Manager.

The three sours hitting this market first—Hopsynth, Iridescent, Revive— are refreshing beers to escape the southern heat. Hopsynth is their blonde base beer, Basis, dry-hopped with the freshest experimental hops available, which happened to be Citra and El Dorado for this latest batch. Iridescent is the result of ingredient exploration of fruits and spices by the brewers. Aged on dried apricots and ginger for 3-4 months in wine barrels from a local winery, Iridescent is tart and tropical with a fruity finish. Revive was one of the first new releases after Upland opened their Wood Shop Sour Ale Brewery last May. Fruit and spice experiments, along with input from staff and regulars, came together in a melding of pineapple and chamomile. Aged for six months, Revive is bursting with pineapple and herbal aromas, followed by tart, tropical flavors.

All three beers will be available in 500ml bottles, and Hopsynth and Iridescent can also be found on draught. Fans can try these beers at launch events beginning July 10 at Craft Brewed from 6-8pm with tastings and bottle sales. Upland will be at the Flying Saucer on Tuesday, July 11 from 5-8pm and ending on Wednesday with two stops. Find them July 12 at Frugal McDougal from 3-6pm and The Hop Stop from 6-9pm.