Beer Description: This is a strikingly beautiful beer with a deep copper hue and bold ruby highlights and a unique wine like dark fruit character that can only come from dark Belgian candi syrup. The aroma is alive with fruity esters, sweet malt, grape, and cherry. A pruny, figgy, flavor with moderate dark caramel notes hints at fruity sweetness followed by a clean dry finish. 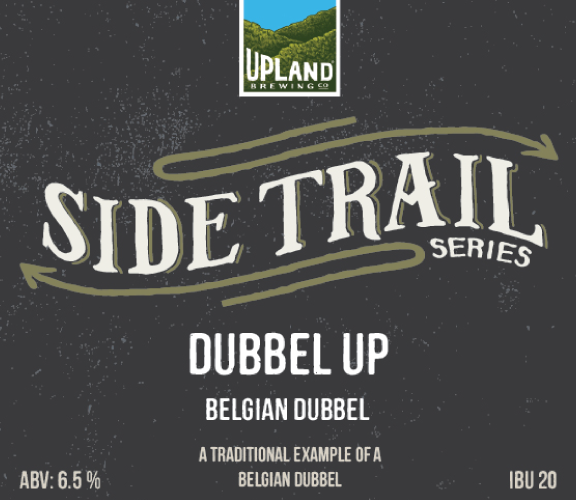 About the Brewery: Located in Bloomington, Indiana, Upland’s rich history dates all the way back to 1998. Taking traditional recipes and making them a bit more awesome, Upland Brewing Co. came up with their own recipes rooted with inspiration from good beer and good friends, providing a fresh local option to their communities. The name Upland comes from the term geologists gave to this area of Southern Indiana land which was never overrun by the glaciers that flattened much of Indiana’s landscape. The adversity of the land bred independent thinkers who had strong wills, a connection to the land, and a wry sense of humor about life. Upland’s approach to brewing beer honors the spirit of these people and this place.