(Baltimore, MD) – Baltimore-born business, UNION Craft Brewing, will relocate and expand its brewery and taproom to a new facility located at 1700 W. 41st St. in Hampden. It is expected to open spring 2018. 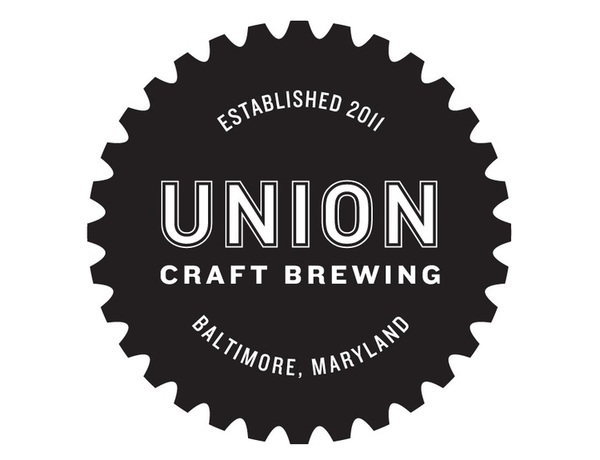 The craft brewery has grown at a record pace since its inception. Its new space will utilize 43,000 square feet for brewing, fermentation and packaging plus feature a 7,500-square-foot-taproom and private event space.

“When we began this journey five years ago, we set out to do two things: brew world-class beer and foster community wherever we go,” said Jon Zerivitz, UNION’s Co-founder and Director of Marketing. “I’m proud of what we’ve accomplished, but our little brewery on Union Avenue has reached capacity, both on the beer front and as a gathering place. This neighborhood is our home, and I’m thrilled to say that we will be here for a long time to come. Our new space provides us the opportunity to develop a bigger and better Baltimore brewery. It will be a true destination experience for local beer lovers as well as those visiting our city from outside of Maryland.”

The new site will allow for an initial production capacity of 30,000 barrels, expandable to over 70,000 barrels, if needed. UNION’s founders expect to create over 100 new jobs in the next seven to ten years.

“The expansion will have an immense impact on the quality of our beer,” said Kevin Blodger, UNION Co-Founder & Head Brewer. “Moving from our current 20-barrel brewhouse to a new 60-barrel system, and expanding our quality control lab within the new facility means we will be able to consistently produce high-quality beer in a more efficient manner.”

In addition, UNION’s brewing facility will be the anchor tenant of a new commercial project, UNION Collective, which willtransform 10.5 acres and 138,000 square feet of warehouse space into an interactive and collaborative assembly of several of Baltimore’s growing independent businesses.

With 87,000 square feet adjacent to the new brewery, the project will be home to eight additional commercial tenants. Local makers, non-profits, and other businesses will produce and sell their products on site, share resources, collaborate, and connect with UNION’s ever-growing community of locally minded consumers. The project is being developed in partnership with Seawall Development.  Construction on the development begins July 1. Tenants are expected to move in by late fall of this year, and the brewery will follow in the spring.

“We scoured Baltimore City searching for the perfect spot to relocate our brewery. Through that process, we connected with other like-minded Baltimore-based business owners who were also outgrowing their current locations. When the opportunity arose to create a new space that could offer each of us room to grow in a functional and collaborative way it became apparent how meaningful this project could be—to us, our city, and the broader region. We’re creating UNION Collective to bring businesses, jobs, visitors, and exposure to the neighborhood and city that has been so supportive of us. We believe this manufacturing and retail business complex will help Baltimore’s growing manufacturing industry prosper,” said Adam Benesch, UNION’s Co-founder and Director of Operations.

According to 2015 Maryland craft beer sales statistics, the state ranks 34th in the United States with 1.4 breweries per capita (100,000 people, age 21+), and ranks 26th in the country, producing 1.8 gallons per adult (age 21 and older). In 2016, The Brewer’s Association named Baltimore/Washington D.C. one of the top five fastest growing markets for craft beer sales.

The founders produced a video explaining the move to their fans. View it here: https://vimeo.com/217523721.
About UNION® Craft Brewing:

Situated along the Jones Falls River, in the historic Woodberry neighborhood of Baltimore, the UNION® Craft Brewing makes great beer and great company. With reverence for tradition and place, Union brews beers that unite old and new ideas, the science and craft of brewing, and boldness and balance of flavor. Founded in the fall of 2011 by Kevin Blodger, Adam Benesch and Jon Zerivitz, brewing operations officially began in the spring of 2012 with the installation of a 20-barrel brewhouse and the launch of Duckpin Pale Ale & the German-style Balt Altbier. Today, the company brews 10,000 barrels of more than 40 varieties of craft beer. For more information, visit http://www.unioncraftbrewing.com or connect via Facebook,Twitter, and Instagram.

UNION Collective will transform 10.5 acres and 138,000 square feet of warehouse space into an interactive and collaborative assembly of several of Baltimore’s growing independent businesses. With 87,000 square feet adjacent to UNION Craft Brewing’s new headquarters, brewery and taproom, the project will be home to eight other commercial tenants. Local makers, non-profits, and other businesses will produce and sell their wares on site, share resources, collaborate, and connect with the community at large. Construction on the project begins July 1, 2017. For more information, visit www.union-collective.com.