(Boulder, CO) – Twisted Pine Brewing Company is set to release its 2016 Northstar Imperial Porter on Friday, December 9th. Available in the taproom on draught as well as in 22-ounce bottles, this annually-brewed American-style imperial porter is the quintessential winter warmer with malt-driven flavors of molasses, cocoa, and toffee at 9.5% ABV. According to Head Brewer Kay Witkiewicz, “This year’s batch is already tasty, but I can’t wait for the flavors to really come together a couple of years down the line.” 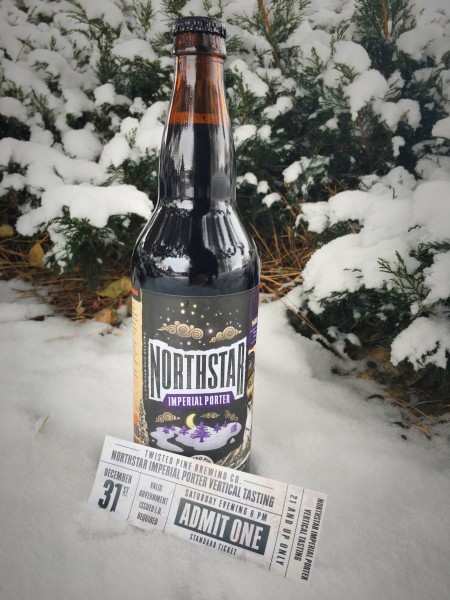 In addition, Twisted Pine Brewing Company will tap a limited amount of the 2014 vintage on Friday, December 16th, in anticipation of the grand vertical tasting on Saturday, December 31st, at 6 pm. Six vintages of Northstar Imperial Porter, beginning with the 2011 version, will be paired with four courses, including a Northstar-infused risotto with seared duck breast as the entrée. Tickets for this event are on sale online at twistedpinebrewing.com as well as in the taproom. 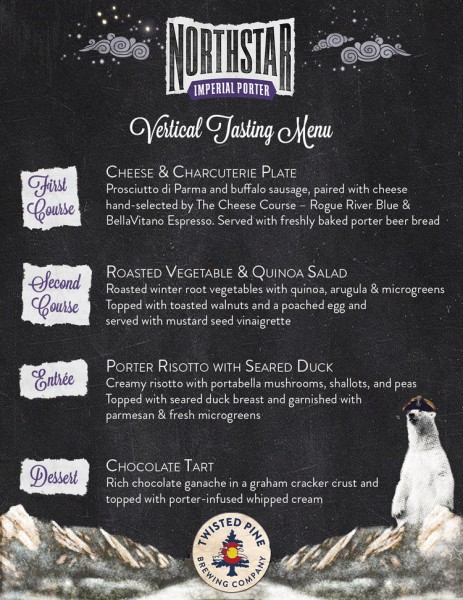 Based in Boulder, Colorado, Twisted Pine Brewing Company has been hand-crafting quality beers since 1995. In addition to such favorites as Hop Zealot, La Petite Saison and Billy’s Chilies, the brewery has repeatedly pushed the style guidelines with creations such as Big Shot Espresso Stout, Ghost Face Killah, and Agaveras IPA. Twisted Pine is actively involved with local nonprofit organizations and is a staunch advocate of sustainable business practices.