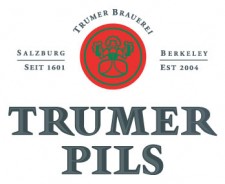 “This award is extremely gratifying,” said Lars Larson, master brewer of Trumer Brauerei Berkeley. “We set out to locally brew this outstanding pilsner from the original 400 year-old Trumer Brauerei in Salzburg. Winning a silver medal alongside our Austrian colleagues makes us all very proud – especially as the competition’s judges opted to not award a gold medal in this category.”

Trumer Pils is a former gold medal recipient at the Australian International Beer Awards. It has also won gold medals at the European Beer Star, the World Beer Cup and the Great American Beer Festival.

ABOUT AIBA:
The AIBA is the pre-eminent showcase for premium beer and brewing in the Asia Pacific region. Since itsinception in 1993, the AIBA has grown in stature to become one of the most highly regarded awards of its industry, attracting a remarkable number of high quality and innovative beers from Australian and international breweries. This year’s event featured 1,344 entries from 258 breweries across 41 countries. For more information and a complete list of medal recipients, visit www.beerawards.com.

ABOUT TRUMER:
Trumer Pils was introduced to the U.S. in 2004 when Trumer Brauerei Berkeley, the sister brewery to 400-year old Trumer Privatbrauerei in Salzburg, was built. Because a pilsner is one of the most delicate styles of beer, it was important that Trumer Pils be made locally in the U.S., instead of importing from Europe. Trumer Pils is a unique partnership of two family-owned companies: Privatbrauerei Josef Sigl in Salzburg and The Gambrinus Company in the U.S. Trumer Pils has received gold medals at the Great American Beer Festival, the World Beer Cup, the Australian International Beer Awards and the European Beer Star. Trumer Brauerei Berkeley is located at 1404 4th Street in Berkeley, Calif. and is open Monday through Friday and offers free brewery tours daily. Please visit, www.trumerusa.com for more information, availability and recipes.