Tropical Grasslands – Cascade Brewing’s First Sour Beer in a Can

(Portland, OR) – Cascade Brewing, a pioneer of the sour beer renaissance, is releasing its first sour beer in a can. Tropical Grasslands is available in single 12 ounce cans starting today at both Cascade Brewing pubs in Portland; four packs are available through very limited distribution in California, Oregon, Washington and Idaho. This beer will not be available on draft. 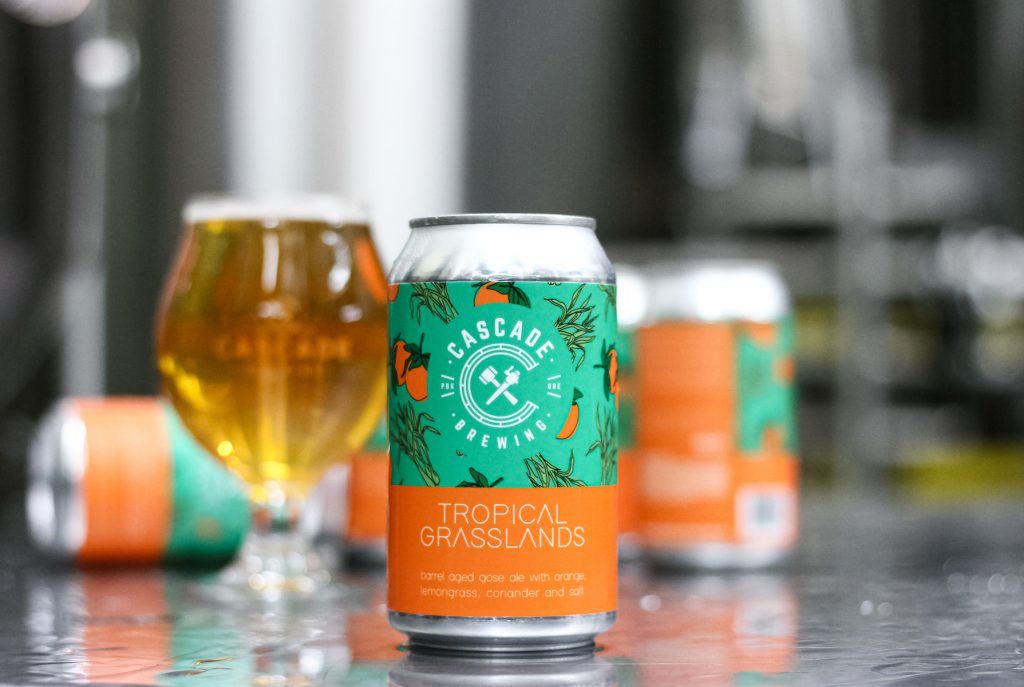 Tropical Grasslands is a Gose-style ale aged in oak barrels for up to 10 months then infused with fresh orange zest, fresh lemongrass, ground coriander and Oregon Coast sea salt (5% ABV).

“Tropical Grasslands is the first in a new series of canned sours that are designed to be crisp, easy-drinking sours with clean and complex flavors,” explained Kevin Martin, director of brewery operations for Cascade Brewing. “With soft acidity and fresh flavors, this canned series will be a great gateway sour for those new to sour beer, and will also appeal to the sour beer connoisseur looking for a softer approach to the style.”

About Cascade Brewing
Founded in Portland, Oregon in 1998, Cascade Brewing has been a pioneer in the sour beer renaissance since 2006 and the proud innovator of the Northwest Sour Ale. Its distinctive sour beer blends feature fruit-forward, barrel-aged ales with an emphasis on project year-to-year variation. These beers offer a complex array of flavors derived from the acid, the fruit and the residual flavors present in the barrels in which they age. The resulting beers offer a complex array of flavors and aromas derived from with each project year release capturing the unique subtleties of that year’s growing season. Cascade Brewing’s beers are collected by sour fans and connoisseurs around the world.