(Hershey, PA) – After several test batches through our small-batch Scratch Series, we landed on a hop combination of Citra, Simcoe and the Australian variety Galaxy. The backbone of Lucky Holler is built with malted oats, pale malt, unmalted wheat and white wheat. That provides the beer’s hazy profile. 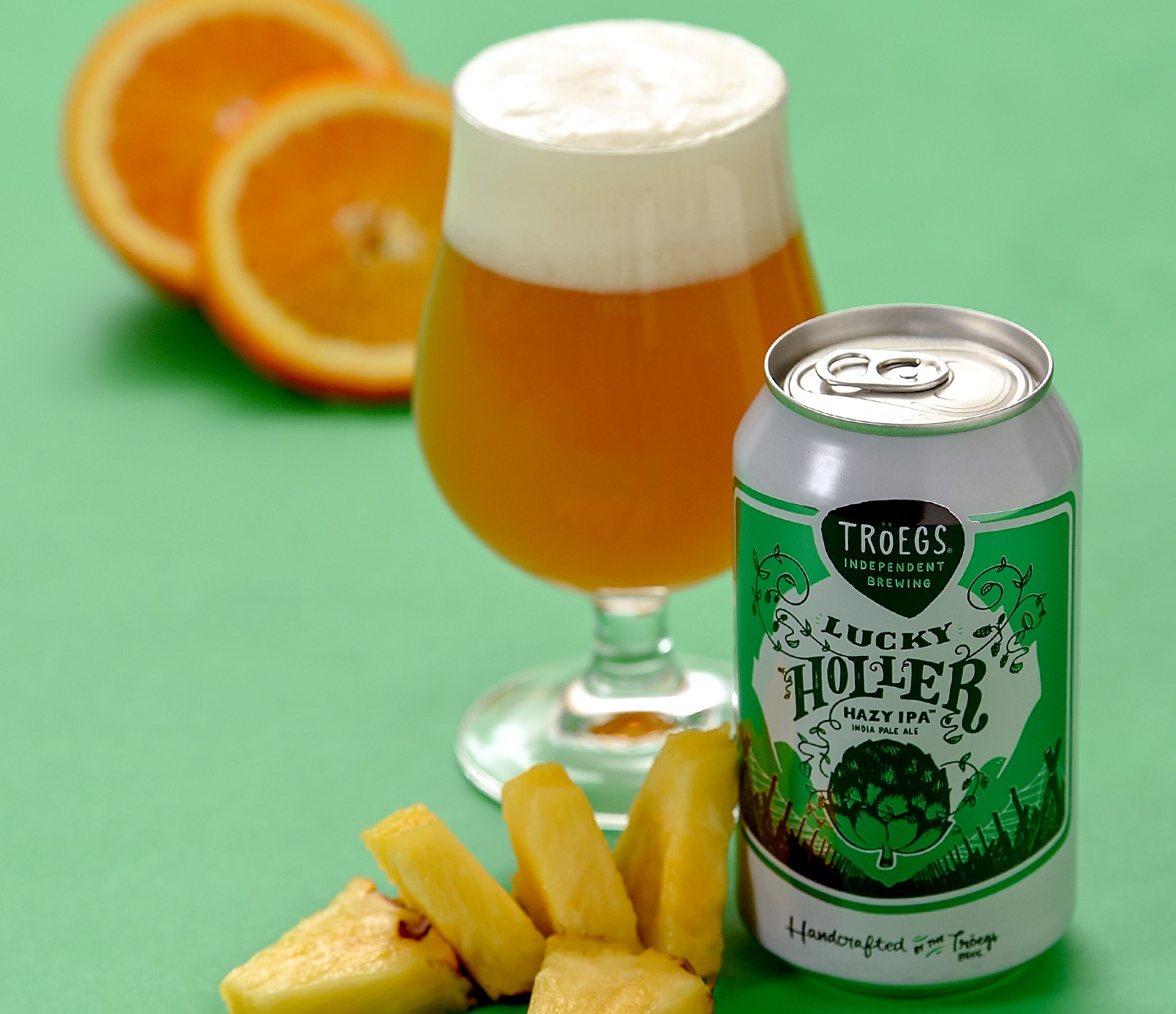 “Since last summer, we’ve brewed 15 or so hazy Scratch beers,” says Trogner. “We wanted to find out exactly how haze affects the flavor of a beer.” We discovered that haze plays an important role in flavor, propping up oils that would typically fall out during fermentation. “So the haze acts like a hop-oil delivery system to your palate,” John says.

Weighing in at 6.8% ABV, this hazy, hoppy harvest ale joins our popular Hop Cycle series of seasonally rotating IPAs. Lucky Holler is available throughout late summer and fall on draft and in 12-oz. cans and bottles wherever Tröegs beer is sold.

Find it near you at www.troegs.com/brewfinder.