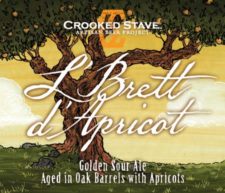 (Denver, Co) – Crooked Stave Artisan Beer Project is gearing up for a strong end to the summer by announcing three more limited releases of it’s foeder fermented barrel-aged fruit sours. These three sour beers are all first time releases for Crooked Stave and come on the heels of GABF the major beer event of each year held in Denver, Colorado. Starting on Wednesday, August 31st the brewery will release L’Brett d’Apricot fermented in oak foeders with Colorado Palisade Apricots followed by Blueberry Origins on Wednesday September 14th and leading up to GABF on Wednesday September 28th Surette Reserva Prunus Persica will also be unveiled. All bottle releases will take place at the Crooked Stave Taproom (3350 Brighton Blvd) starting at 5:00 p.m. MST.

“We have been waiting all these years to release an Apricot Sour beer,” said Chad Yakobson, Crooked Stave Owner and Brewmaster. “Last year was an amazing crop year for Apricots in Colorado and we took advantage of the great fruit and finally brought all the parts together. “

“Show casing Colorado fruit in our sour beers brings it all together for us and really maximizes the flavors in these beers,” said Danny Oberle Head Brewer at Crooked Stave. “Most brewers use fruit extracts or concentrate, we really take pride in working with Colorado farmers and orchards to exemplify true fruit character derived from whole fruit in our Sour beers, Danny went on to say.”

Additionally, Crooked Stave will release Blueberry Origins for the first time on Wednesday, September 14th. Blueberry Origins is a new take on one of the breweries barrel blender core sour beers. No stranger to working with Blueberries the brewery aged Origins for months in oak with blueberries from Northwest Washington. The result is a heightened blueberry and ripe dark fruit character that melds with the light spice from the extended aging in French oak barrels. 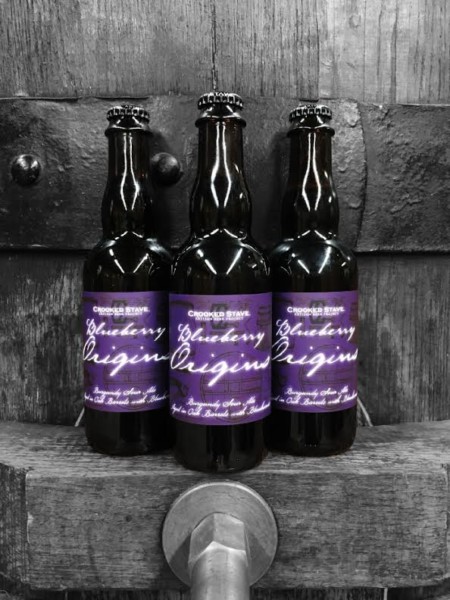 On Wednesday, September 28th Crooked Stave will release one of its favorites for 2016. Surette Reserva Prunus Persica takes all the things we love about Persica –copious amounts of Colorado Peaches, and lays the super fruity, tropical stone fruit aromas and flavors on a Rustic Saison with white wine notes,” says Johanna Denne, Quality Coordinator for Crooked Stave. “Only exemplary batches of Surette are selected to become Reserva and undergo extended aging in oak, all before adding an abundant amount of fruit and aging longer in oak. We’ve poured Surette Reserva aged with Colorado Peaches at a few festivals and have loved seeing how jazzed people have been, we are very excited to finally release this beer to the public.” 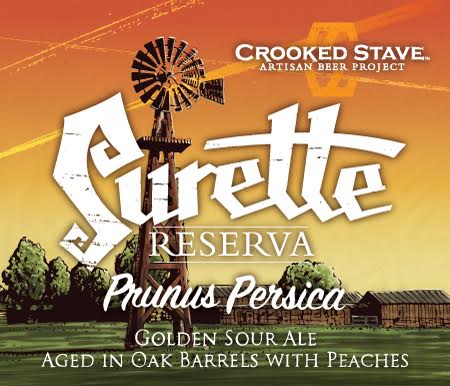 About Crooked Stave Artisan Beer Project
Crooked Stave is the culmination of “Brewmaster and Brettanomyces Guru” Chad Yakobson’s open source Master’s research, The Brettanomyces Project. Crooked Stave’s progressive approach to brewing blends science and art through creativity and passion. The artistic creations, most of which use Brettanomyces yeast and mature in oak, result in beers of extraordinary complexity.