Thorn Brewing / Mikkeller SD Collab Plunder from Down Under

(San Diego, CA) – Thorn Brewing Co. just announced the release of their newest collaboration beer, an Imperial, hazy IPA called Plunder from Down Under, brewed with Mikkeller Brewing San Diego. Collaborations are an integral part of the San Diego craft beer community. Thorn brewers met Mikkeller brewer, Daniel Cady, back in 2015 when he was brewing in Santee, CA. They developed a trusting relationship and Daniel helped brew a few batches of Thorn beer at his facility while Thorn was ramping up for the opening of their Barrio Logan production facility. That connection was the stepping stone to this hazy, hoppy collaboration and a welcomed opportunity to meld ideas, styles and brewing knowledge. 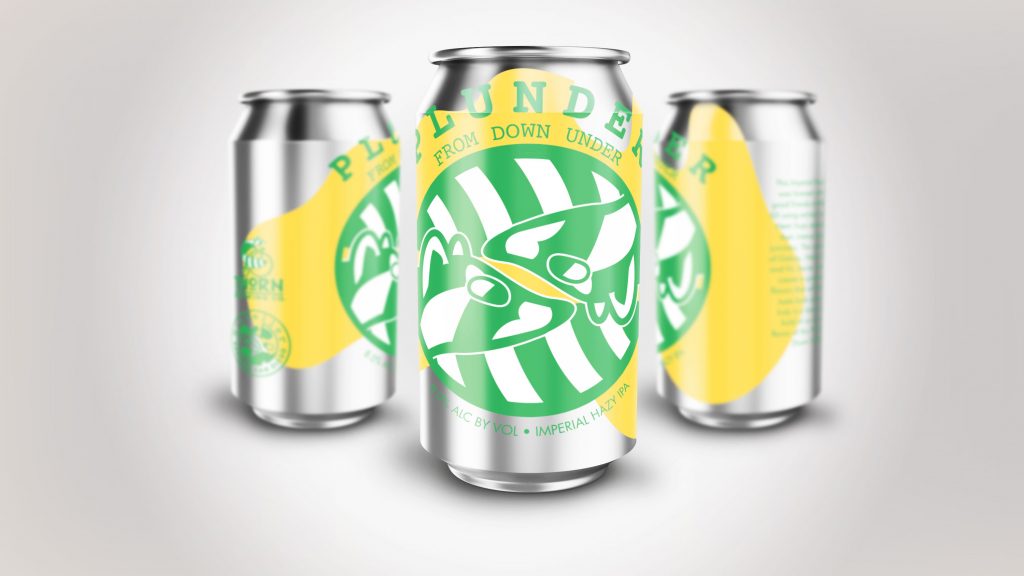 “Collaborations are great opportunities for brewers who don’t normally work together to share ideas and their philosophies on brewing.” Head of Brewing Operations and co-founder, Eric O’Connor said recently. “Cross pollination between craft breweries can lead to pushing the envelope and get you out of your comfort zone. The cooperative spirit of the sharing of knowledge and ideas is what separates craft beer from big beer and is truly a thing to be celebrated.”

Plunder from Down Under is an 8% Imperial hazy IPA brewed entirely with Southern Hemi hops selected for their intense tropical juiciness. The combination of Galaxy, Nelson Sauvin, and Vic Secret combine to create a symphony of flavors that will blow your taste buds away. Available on draught and in limited release cans, Thorn is releasing this beer on March 15th at Thorn in Barrio Logan and March 16th at Thorn in North Park.

About Thorn Brewing Co.
Thorn Brewing Co. started out in 2012 in North Park as Thorn Street Brewery where they became known as San Diego’s ultimate neighborhood brewery. Now, their Barrio Logan produces their beer on a 30-barrel system and offers 16 rotating taps and a full lineup of exciting events at their tasting room.