“People have been asking for us to can Dank & Sticky for a while,” said Tomme Arthur, COO and Co-Founder of Port Brewing, The Lost Abbey, and The Hop Concept. “Now that we have our canning line, we were able to make this a reality.” 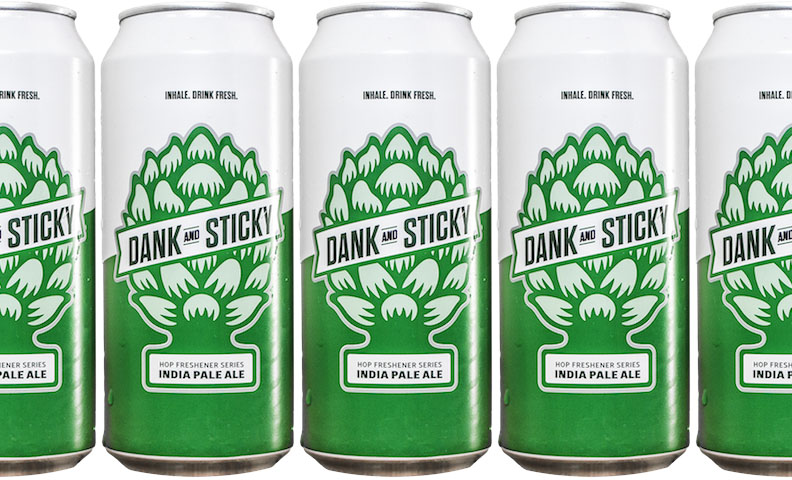 Dank & Sticky begins with freshly peeled citrus zest and piney aromas on the nose leading to a smooth and slightly creamy mouth-feel, bursting with Grapefruit and Mango notes with a considerable “Dank” resinous finish.

“Dank and Sticky was already a favorite amongst our brewers,” Said Stephen Burchill, Head Brewer of Port Brewing, The Lost Abbey, and The Hop Concept. “Being able to play with all these hops to create a resinous West Coast IPA is a blast.”

About Port Brewing / The Lost Abbey / The Hop Concept
Founded in 2006, The Lost Abbey produces an extensive line-up of continental and American- inspired ales and lagers. Under the direction of visionary brewmaster and co-founder Tomme Arthur, the brewery has garnered dozens of awards including the 2007 Great American Beer Festival Small Brewery of the Year, The 2008 World Beer Cup Champion Small Brewery and the 2013 Champion Brewery at the San Diego International Beer Festival. The company’s beers, many of which are aged in oak barrels for 12 months or longer, are universally recognized for their complexity, unique flavors, and bold boundary-pushing styles. For more information, contact Port Brewing / The Lost Abbey at 155 Mata Way, Suite 104, San Marcos, CA 92069, telephone (800) 918-6816, and on the web at www.LostAbbey.com