(San Marcos, CA) — Brewed in celebration of the upcoming 12th Anniversary Party, The Hop Concept will be collaborating on a new can debut with Alpine Beer Co. named THC+ABC=IPA. 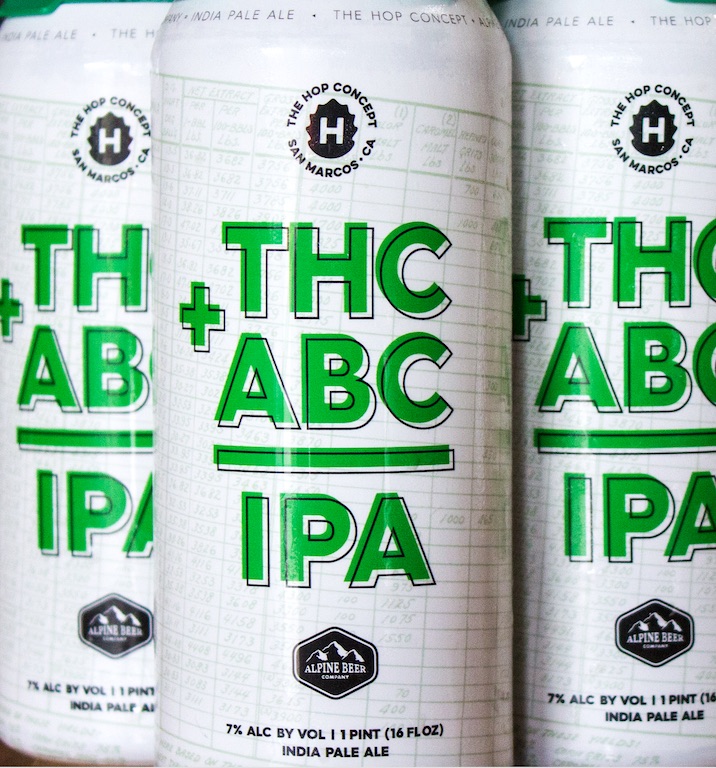 Named using the acronym’s of both breweries, this newest India Pale Ale begins with strong aromas of grapefruit and dank pine, lead to a burst of citrus with a clean juicy finish thanks in part to a few new procedures used on this beer.

“We wanted to make this beer a true collaboration, not just on the recipe,” said Steve Burchill, Head Brewer of The Hop Concept. “So we decided to actually use some of Shawn’s equipment and techniques from Alpine on our system, and we’re very happy with the outcome.”

The new THC+ABC=IPA will be unveiled in both draft and 16oz 4-packs of cans at The Lost Abbey, Port Brewing, and Hop Concept 12thAnniversary Party, this Saturday, May 26thin San Marcos. With the limited nature of the THC+ABC=IPA, cans will only be available through The Lost Abbey Tasting rooms and will not reach full distribution.