The City of San Diego Shows Alesmith Brewing Some Love

San Diego, CA – This morning, AleSmith Brewing Company and the city of San Diego changed the name of the street where AleSmith’s new location will be opening this Summer. 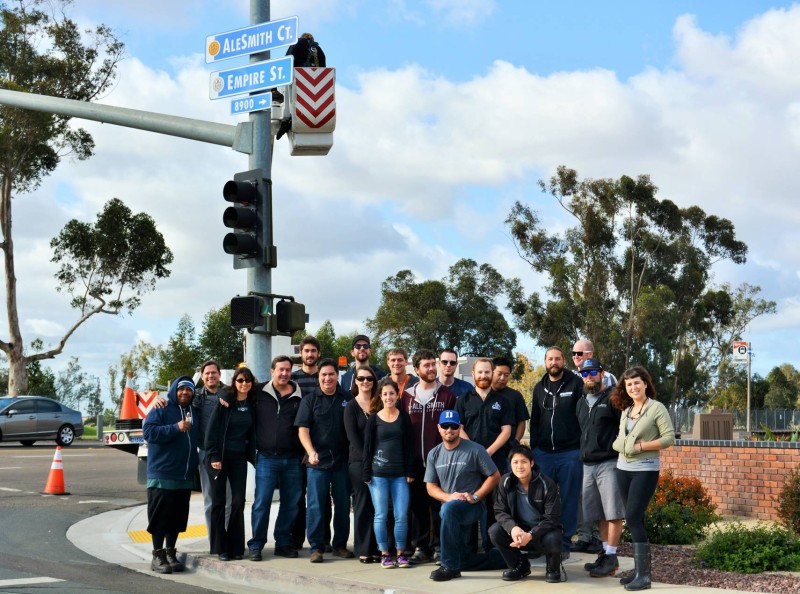 To celebrate the brewery’s 20th anniversary and new facility, what used to be Empire St. (off of Miramar Road) is now AleSmith Ct.!

About AleSmith Brewing
Forged in 1995, Alesmith is an artisan microbrewery that specializes in handcrafted ales in a variety of styles. Deeply rooted in the amateur and craft brewing communities. AleSmith ales have continued to garner national and international awards and acclaim, as well as a loyal and rabid following among beer enthusiasts.