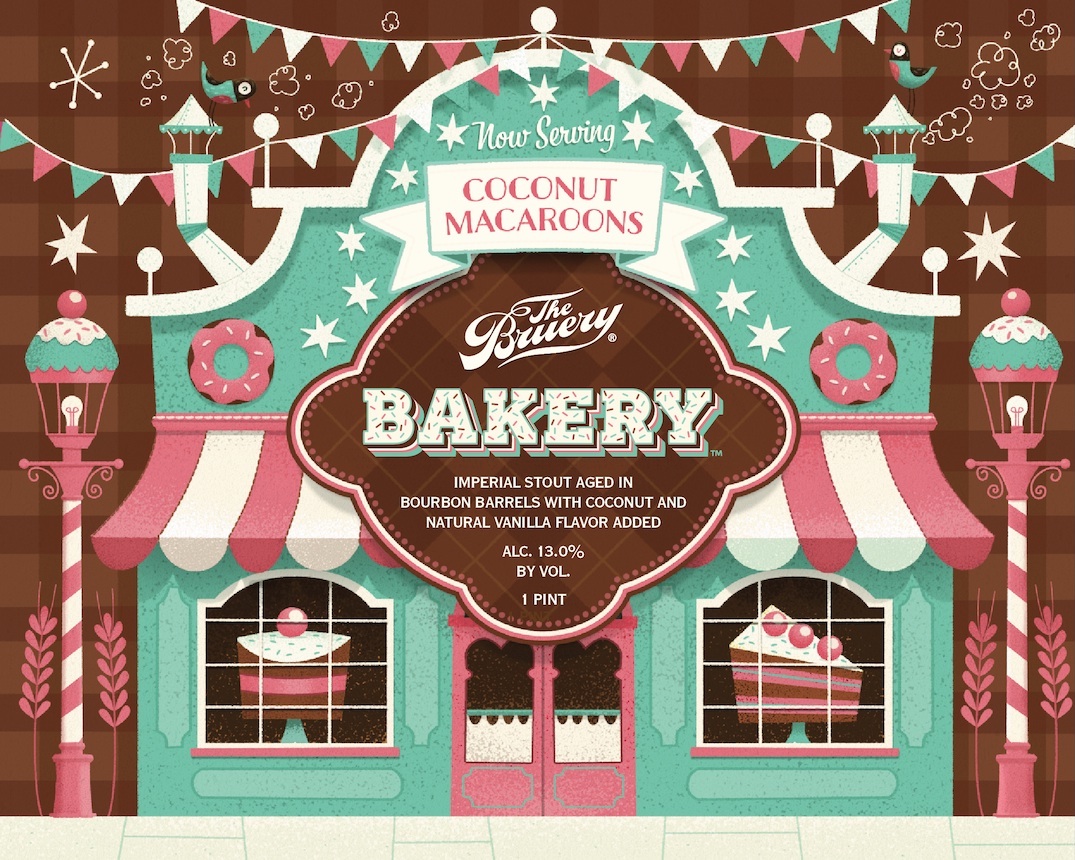 Imperial stouts seamlessly play well with many other adjuncts—by taking the idea of combining delicious ingredients to create a sweet and tasty treat, Bakery was born. A blended pastry stout, super dark with a residual sweetness and a 13.0 percent ABV. Smooth, sweet with light notes of coconut and vanilla.

Where did the idea for this beer come from? The Bruery founder Patrick Rue states, “Macaroons bring back nostalgic feelings for me. As a kid, I would beg my Mom to buy them and devour them in one sitting. In college, my girlfriend (now wife) would buy fresh, chocolate-dipped macaroons from the campus coffee shop, which further fueled my appreciation for the dessert.

The flavors of toasty coconut, notes of dark chocolate, and vanilla meld so well in a beer that has a lot of richness, but without an overpowering level of roast. A macaroon inspired beer was the perfect choice to launch our Bakery series with.”

When asked about the choice of cans for packaging he answered, “Cans are a package that maintains great quality, while being a bit more fun and casual. We want to make a statement that some of our beers are more casual and very approachable.”

Be the first to get your hands on Bakery. Order online for $7.99 + shipping at thebruerystore.com (California only), find it in our tasting rooms or purchase it at select craft beer stores in the US.

The Bruery is a boutique craft brewery located in Orange County, CA that specializes in experimental and barrel-aged ales. Founded in 2008 by Patrick Rue, The Bruery produces over 50 different beers annually, with 15 seeing national distribution throughout their 24 state network of distributors. The Bruery also runs several beer clubs including The Preservation SocietySM, The Reserve SocietySM, and The Hoarders SocietySM.