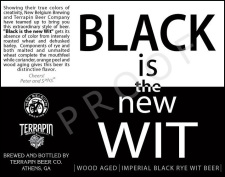 “Peter and I have been wanting to do a collaboration for about three years now,” said Terrapin’s Brian “Spike” Buckowski. “We originally wanted to brew something with muscadine, but the timing didn’t line up right. We kicked around a couple of ideas like a Baltic porter that didn’t really have a dark color, but got its dark flavor from wood. From that popped out the idea of doing an imperial black wit brewed with rye and aged on cedar.”

The first edition of Black is the New Wit was brewed on October 20 when Spike travelled to Ft. Collins, CO to brew with Bouckaert at New Belgium Brewing. Both versions of the beer will be virtually the same with the exception of the wood used for aging. New Belgium’s brew is being aged on cedar, whereas the Terrapin brew will be aged on sassafras. 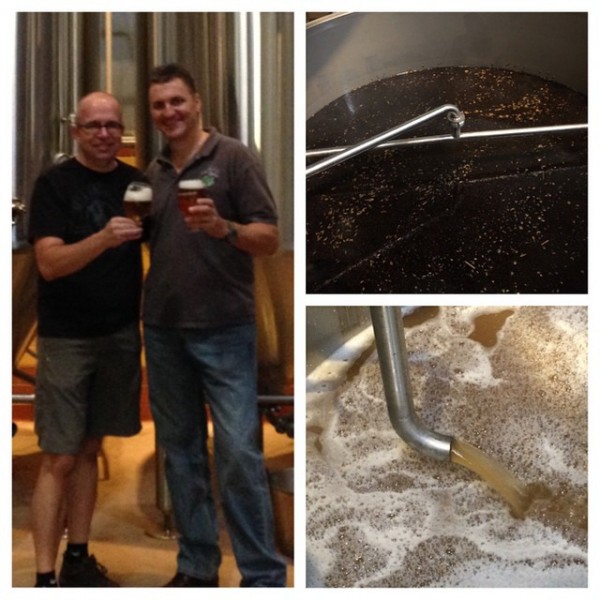 A Meet-the-Brewer event will be held at The Pine in Athens, GA on Wednesday, December 10, from 5:00 – 7:00 pm followed by a joint Terrapin/New Belgium tap takeover at Trappeze Pub. All are welcome to attend.

Black is the New Wit will be packaged in 22 oz. bottles and 1/6 BBL kegs for release in February 2015, with availability throughout Terrapin’s distribution network.

Terrapin Beer Co. is open to the public for tours every Wednesday, Thursday, Friday and Saturday night from 5:30 p.m. – 7:30 p.m. with live music and tastings. The brewery is located at 265 Newton Bridge Road in Athens, GA. The tours are an excellent opportunity to taste Terrapin’s full line of award-winning beers at their freshest and to see the brewing process first-hand.