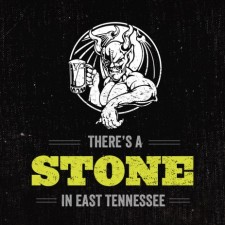 Maryville, TN – “There’s a Stone in East Tennessee” – or so aspires the Blount Partnership, located immediately south of Greater Knoxville in the foothills of the Great Smoky Mountains, where community leaders are intent on bringing a major craft brewery brand to the area’s newest LEED-certified commercial development, Pellissippi Place.

The immediate target: Stone Brewing Co. of Escondido, Calif., which in recent months released an RFP (http://www.stonebrewing.com/rfp/default-east.asp) to seek a new site in the Eastern U.S.

To cut through the clutter of what likely will be scores, if not hundreds, of RFP responses from chambers of commerce and economic development boards throughout the East (due March 15), the Blount Partnership chose an unconventional approach – fueled by a level of creativity in keeping with Stone Brewing’s notoriously assertive branding and social media voice.

The Partnership released two songs last week alongside a social media and local news-coverage push, aimed at capturing Stone’s attention, “There’s a Stone in East Tennessee,” and “People of Stone,” with the former featuring such lyrics as “Well there’s a stone in East Tennessee / …you can keep your miller and your bud / ’Cause I’ve found a Stone.”

Written by local business development director at Knoxville-based Designsensory, Matt Honkenon, who is heavily involved in the Blount Partnership’s marketing efforts, the songs “are all about knowing your audience – in this case, the two co-founders of Stone Brewing Co. and their team – and making a personal connection that speaks to their own brand ethic,” Honkenon said.

For Blount Partnership officials, the key is getting Stone and other craft brewers to physically visit Greater Knoxville and see what Blount County’s Pellissippi Place commercial / mixed-use development has to offer as a future home.

“If we can get them here, that’s more than half the battle,” said Blount Partnership CEO Bryan Daniels. “Our region’s full range of water, energy, transportation, human resources and more – coupled with culture and quality of life – speak directly to what craft brewers everywhere want and need to grow their businesses successfully, and that’s obvious to any company that sees this region firsthand,” said Blount Partnership CEO Bryan Daniels.