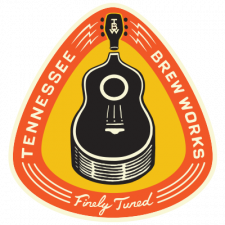 Known for the culinary-minded craft beer creations, often sourcing from brewer and chef collaborations during the beer creation process, the brewery has developed a reputation in food and wine circles as well. Their Nashville taproom is highly regarded for their quality beer and food pairings.

In Birmingham, you will be able to find Tennessee Brew Works craft beers at:

“We are excited to be adding Birmingham to our distribution cities. Birmingham’s food and drink scene is vibrant and we look forward to sharing our beers with so many friends and family members in the Iron City,” says Founder and President Christian Spears.

About Tennessee Brew Works
Tennessee Brew Works was born from a love for craft beer. A startup which began over a home-brew session, they ultimately celebrated their first professional brew in August 2013. Tennessee Brew Works is 100% owned and operated by folks in Tennessee. They are guided by their motto: “We work hard to create high quality craft beer that makes Tennessee proud. Our culture places importance on family, friends, and community, and we hope you’ll be a part of it.”