(LONGMONT, CO) – When reflecting on 2018, Team Left Hand, a group of employees and friends dedicated to solving the riddle that is Multiple Sclerosis, has a milestone to celebrate! The brewery-supported team of over 600 cyclists and volunteers participating in Bike MS rides across the country raised $730,427 for the National Multiple Sclerosis Society this year alone, taking their total raised since 2008 to over $3.5 million. 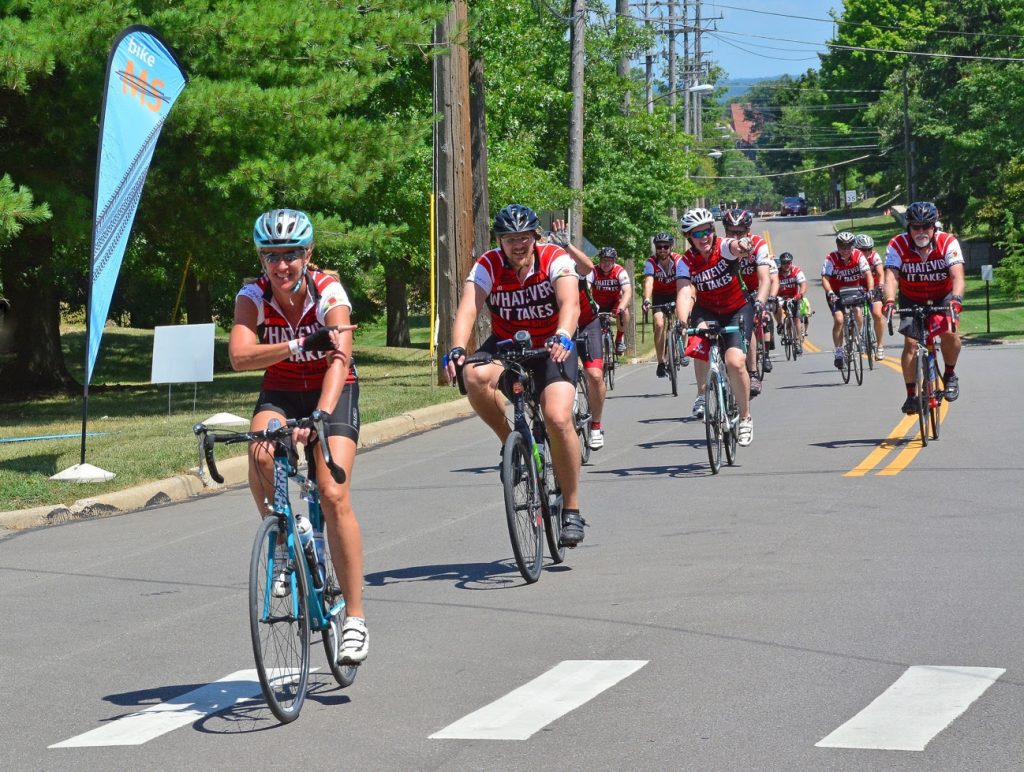 “It’s been our biggest, best year yet!” said Sara Barfoot, Team Left Hand National Coordinator. “The dedication to our mission to #crushMS and the unceasing commitment shown by our riders, volunteers, and sponsors is simply amazing, and it’s only strengthening every year. We’ve created a wonderful, crazy, fundraising monster fueled by incredible beer, and we know how to use it!”

From the Rose Bowl in Los Angeles to the boardwalk in Daytona Beach, the team’s six regional groups participated in five Bike MSrides across the country in 2018, taking home multiple awards including top fundraising and largest team at multiple events. First time participants as young as 12 alongside veterans over 80 rode, fundraised, volunteered, supported, and bonded over a common cause affecting millions of people and their families worldwide.

2018 also saw the nationwide limited release of Wheels Gose ’Round, a 4.4% ABV lemon and raspberry gose brewed to raise awareness and funds for Bike MS, Team Left Hand and to support the National MS Society. Due to the beer’s overwhelming popularity and community support, Left Hand Brewing is excited to add Wheels Gose ’Round to their 2019 year-round beer lineup.

2019 brings another big year for the team, which has plans to participate in five Bike MS rides across the country while hosting regional fundraising events, recruiting more participants and sponsors, and continuing to fundraise to surpass the incredible $3.5 million already raised for the National MS Society.

Team Left Hand Brewing is a group of employees and friends dedicated to solving the riddle that is Multiple Sclerosis. Since 2008, the National team of over 600 riders & volunteers have raised over $3.5 million for the National MS Society, and won’t stop fundraising and riding until MS stands for Mystery Solved. Team Left Hand is dedicated to fighting Multiple Sclerosis and wants to continue helping the National MS Society fund research, advocate for change, and help people with MS and their families live their best lives. To learn more about our teams fighting MS across the country and to get involved, please visit www.teamlefthand.com.

Multiple Sclerosis (MS) is a disease of the central nervous system that interrupts the flow of information between the brain and the body and stops people from moving. MS is thought to affect more than 2.3 million people worldwide. While the disease can affect anyone it looks different on everyone and is at least two to three times more common in women than men according to the National Multiple Sclerosis Society, a non-profit organization that exists so that people affected by MS can live their best lives. Through programs like Bike MS, the largest fundraising cycling series in the world raising more money than any other cycling event for any other cause, the NMSS is able to fund groundbreaking research and programs to support the millions living with MS and their families. For more information about the NMSS and Bike MS, please visit www.nationalmssociety.org and www.bikems.org.

Left Hand Brewing Company, founded in Longmont, Colorado, is one of the original pioneers in craft brewing. From a humble homebrew kit beginning to becoming one of the top 50 craft breweries in the U.S., Left Hand has continued to grow and innovate throughout our 25-year history. Famous for our nitro series, Left Hand launched America’s original nitro bottle with our flagship Milk Stout Nitro and the first production run of U.S.-made nitro widget cans. We’re proud to be one of the most honored and recognized breweries in Colorado with 29 Great American Beer Festival medals,11 World Beer Cup awards, and 9 European Beer Star awards. Our collection of perennial and seasonal beers are available in 41 states, DC and internationally. To learn more, please visit www.lefthandbrewing.com.