(ATLANTA,GA) – SweetWater Brewing Company’s award-winning lineup of lip-smackin’ brews will begin to flow in Chicago this March. With the help of their Chicago distributor, Lakeshore Beverage, the brewery is excited to enter into the Windy City, its northern-most distribution point to date. Following a recent $19 million expansion, SweetWater is finally able to meet demand and deliver fresh brews to Chicagoland’s craft beer scene. 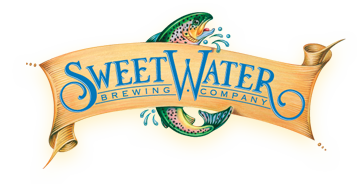 “Bringing our brews this far north is awesome,” said Big Kahuna and Brewery Founder, Freddy Bensch. “The reaction to our Chicago expansion has been fantastic, and Lakeshore Beverage is a big part of that. We can’t wait to introduce our brews to their newest fans in Chicago!”

”SweetWater continues to experience substantial growth in their home market and the Southeast region.  We know this means that SweetWater will have great success in the competitive Chicago beer scene, and we’re excited to tell their story and get their beers into people’s hands,” said Ted Champion, Lakeshore Beverage Senior Import Craft Specialty Manager.

SweetWater will float into Chicago with its most popular brews, starting with its flagship, 420 Extra Pale Ale, as well as the other brews below on draft at bars and restaurants, to be followed by bottles, cans and Tackle Box variety packs in off-premise grocery, package and specialty bottle shops. The full lineup of styles include:

Living by the motto “Don’t Float the Mainstream,” SweetWater Brewery has been blazing its own path in craft beer throughout the Southeast since its inception in 1997. With a brewer calling the shots, quality of beer—and life—are always most important in crafting a lineup of lip-smackin’ brews. Widely known for its flagship 420 Extra Pale Ale, SweetWater also serves up an ever-evolving Catch & Release seasonal lineup of brews and an off-beat, one-off Dank Tank series. SweetWater invites folks to join them for tours and tastings of their Atlanta brewery every Wednesday through Sunday. Visit www.sweetwaterbrew.com for more info about SweetWater, or hang out with your social thang out by following SweetWater on Twitter/Instagram @sweetwaterbrew, or on Facebook at facebook.com/sweetwaterbrew. And always remember; drink ‘em if you got ‘em!

The Hand Family Company has been in business since the 1940s, and to this day, remains family owned and operated.  With the recent formation of Lakeshore Beverage, the Company is excited to enter the Chicago market to share one of the country’s finest portfolios of beers.  From world renowned labels such as Duvel to local favorites like Goose Island Beer Co. to the number one selling beer in the U.S., Bud Light, Lakeshore Beverage is dedicated to telling each brewer’s story and to cultivating access to their beers in unique and compelling ways.  Lakeshore Beverage attributes its recent growth to a commitment to developing the finest employees who work closely with brewery partners and customers to create memorable opportunities to enjoy great beer together.