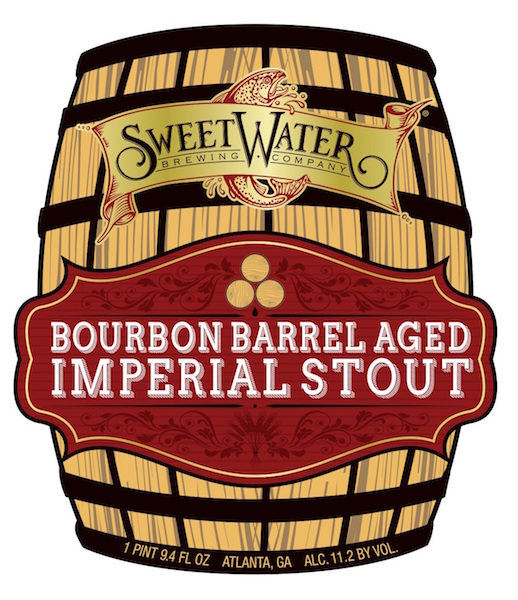 “The brewery has played with barrel aging for special releases at anniversary parties, tours and craft industry events, but this is the first barrel-aged beer we’ve released for sale,” says Nick Burgoyne, part of the brewing team that created the stout.  “This stout is ripe for the cooler weather – it has the burly and warming characteristics of bourbon; I imagine drinking it out of a snifter by the fire.  Might even have to buy a proper smoking jacket for this one.”

This dignified gent has a dark side that’s savory, with a velvety mouthfeel, robust dark chocolate and vanilla aroma, and flavors of roasted malt and char.  The malt blend is 2 Row, Munich, 70/80, Roasted Barley, Chocolate, Dark Chocolate, and Black, with Columbus hops.

Bourbon Barrel Aged Imperial Stout will hit shelves beginning Monday, October 5, and will continue to be distributed throughout the year as new batches are ready.  Consumers will be able to first taste the brew on Sunday, October 4, at a release party at the brewery; the first 100 guests will receive a limited edition Bourbon Barrel Aged Imperial Stout snifter – and all will enjoy a S’mores bar and watch the Atlanta Falcons game (admission is regular tour and tasting price of $10/person; see more details on SweetWater’s Facebook events page, here).   For details on all of SweetWater’s lip-smackin’ lineup, visit www.sweetwaterbrew.com.

MORE ON THE CORK & CAGE SERIES

As one of the nation’s fastest growing craft breweries, SweetWater Brewing Company continues to evolve and expand their offerings, including the Cork & Cage series of 750-ml innovative brews. True to form, SweetWater is putting their own spin on this high-gravity series, exploring the edges of classic beer styles including barrel-aged beers, sours and wild ales.

SweetWater’s brewers were given the opportunity to take their knowledge and experience to formulate new recipes for the Cork & Cage Series, dabbling in different facets of craft beer.

The result is a lineup of small batch brews that rotate in limited quantities, packaged in a 750-ml bottle with cork and cage finish. SweetWater welcomed its new 750-ml packaging line in January 2015, and broke the seal with a test run on its 18th anniversary Belgian-style triple.  The second release, The Pit & The Pendulum, was so well-received, the brewery has added it to its year-round offerings.

ABOUT SWEETWATER BREWING CO.:   SweetWater Brewing Company is an Atlanta-based craft brewery living by the motto “Don’t Float the Mainstream!” The award-winning lineup of year-round beers includes SweetWater 420, IPA, Take Two Pils, Hop Hash, Blue, and Georgia Brown. SweetWater also features a catch and release series of beers available on a limited basis throughout the year including an experimental, one-time-only Dank Tank series and barrel-aged wild ales in the Cork & Cage series. SweetWater Brewery – located at 195 Ottley Drive in Atlanta – is open for tours every Wednesday, Thursday and Friday from 5:30 – 7:30 p.m. as well as Saturdays and Sundays from 2:30 – 4:30 p.m. For more information about SweetWater Brewing Company, please visit www.sweetwaterbrew.com. Follow SweetWater Brewing Company on Twitter/ Instagram @sweetwaterbrew, or become a fan on Facebook at facebook.com/sweetwaterbrew.