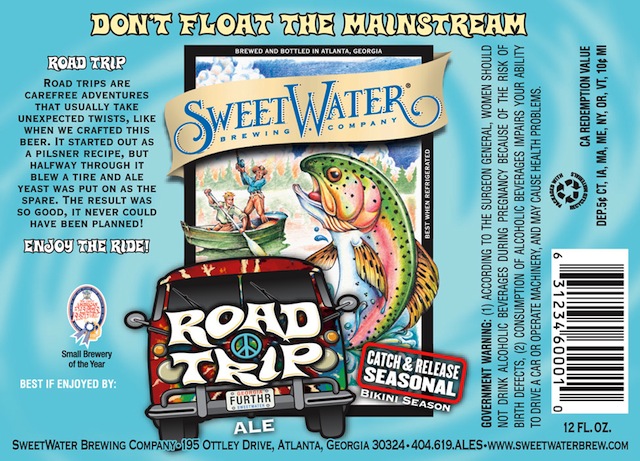 Together with other members of SweetWater’s management, Jones and Waters bring more than 125 years of combined experience with global beverage or craft beer companies. Both Jones and Waters have leadership experience in high-growth and well-established domestic and international consumer products companies.

“The title is now official, but Kim has long been my right-hand in running SweetWater’s business.  Now that Bill is on board, we have one of the most experienced senior leadership teams in the industry,” said Bensch.  “I’m proud of the phenomenal business we’ve created, and look forward to drawing from Kim and Bill’s knowledge and experience to take SweetWater to the next level.  We have plenty more streams to fish and I believe that Kim and Bill are the right team to deliver our brews to more good folks who love great beer.”

“Since founding SweetWater 18 years ago, Freddy has been a driving force in establishing the culture, values and commitment to quality that both define and distinguish us – building the elements that have made us one of the leading craft beer companies in the U.S.,” said Jones.  “As CEO, I intend to complement his vision by ensuring solid business operations and building a strong infrastructure for growth.”

“SweetWater has significant runway in new and existing markets,” said Waters.  “I believe the company is well-positioned for growth and am thrilled to be a part of this excellent team that will help navigate the company’s trajectory.”

Since 2013, Jones has served as SweetWater’s CFO and has overseen a period of significant growth for the company, both expanding the SweetWater portfolio and building the company’s employee base with strategic new hires.  During her tenure, new releases of note include a Cork & Cage series of barrel-aged brews, and Take Two Pils – released in May of 2014, this pilsner has received national recognition, including “Top 20 Pilsners in the World” by Men’s Journal.  Jones has significant background in accounting and finance and has overseen a portfolio of diverse experience that includes senior financial and management positions with SPANX, Inc. and The Coca-Cola Company.

Prior to joining SweetWater as CFO, Waters served as Chief Strategy Officer of Molson Coors Brewing Company.   Previously, he worked in various senior finance and strategy positions, including CFO of Coors Brewing Company, CFO of Coors International and Global Controller, where he was a key player in driving the evolution of Molson Coors through both organic growth and M&A activities.

Founder and Big Kahuna, Freddy Bensch, came to Atlanta during the 1996 Olympic Games and immediately recognized the potential to introduce the city, and the Southeast, to the bold, flavorful craft beers he had been brewing back in Boulder, Colorado.  And SweetWater, named for the Sweetwater Creek located just a few miles from the brewery, was spawned. Freddy’s passions for beer, fishing and music, and his abiding love and respect for the outdoors, inspire the brand and inform the business strategy.

Next Set of Council Brewing Beatitude Bottles Slated for 7/21 [Update] Stone 19th Anniversary IPA Will Be….