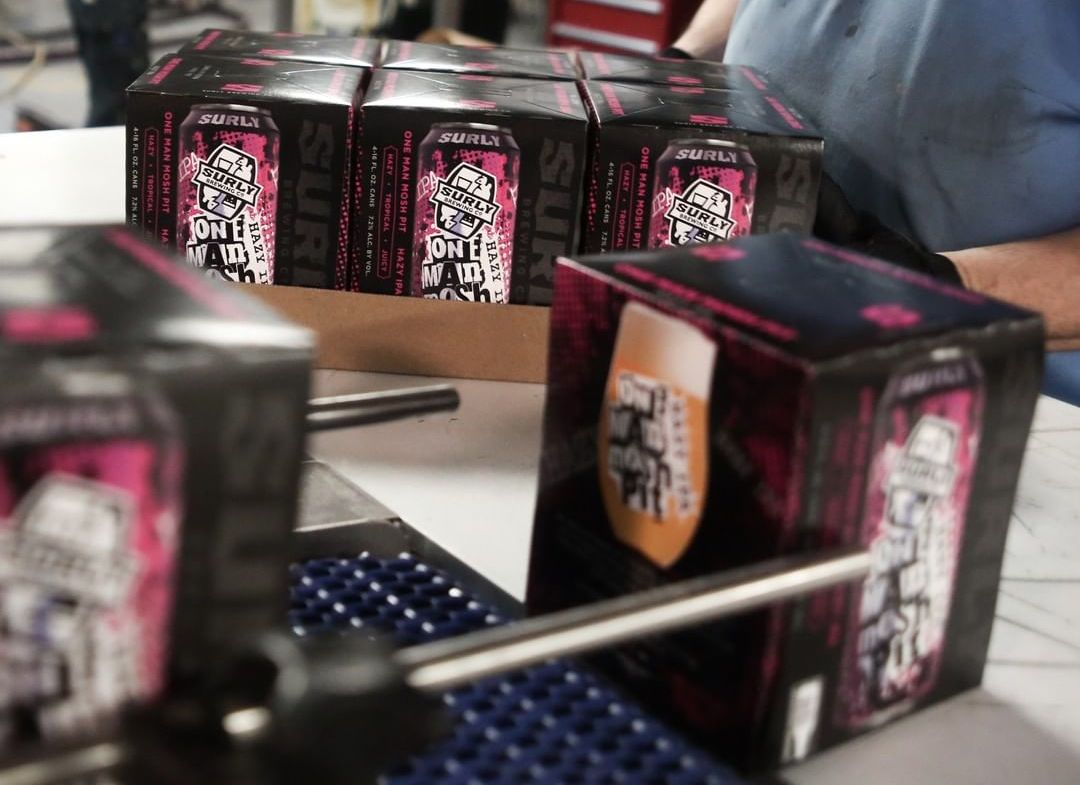 (Minneapolis, MN) –  We get a lot of questions online. Some are more consistent than others: “What are your hours?” “Where are you located?” “Is Ben going to grow his mustache back?” In the last couple years, though, nothing has been quite as constant as “So, is Surly going to brew a hazy IPA?”

The polite answer has been, “When we’re damn good and ready.”

Surly proudly introduces One Man Mosh Pit to the world-at-large. Hazy and juicy with low bitterness and intense, tropical notes of grapefruit, mango, and orange, OMMP thrashes into our entire distribution footprint this week. The Docs are laced up, the flannel is tied around our waist, and we’re ready to rage against whatever machine you put in front of us*.

“We’ve brewed literally dozens of hazy IPAs in our Beer Hall, starting last summer,” says Surly Vice President of Marketing Bill Manley. “The final packaged version of One Man Mosh Pit is actually a blend of our favorite parts from several different beers we’ve brewed. They’ve been a huge hit with visitors to the Beer Hall, so it was great to be able to hear which versions people tried and get real feedback on the variations.”

For those who don’t spend entire evenings arguing about corn syrup and fruited Berliners with BatterStout420 on Beer Advocate, hazy/New England IPAs are known for fruit-forward flavor and a soft, pillowy character. Their enduring popularity has even inspired an IPA style that is almost its exact opposite. As Bill noted above, we’ve been piloting NEIPA variations for the last 8-10 months, getting the flavor and style locked in and shelf-stable for life outside the keg. One Man Mosh Pit is the final boss, and it joins Sleek IPA as one of our two new year-round offerings.

What you need to know:

Soundtrack: Motorhead, Sex Pistols, or that time Public Enemy and Anthrax did a duet.

You wanted Surly’s take on a hazy IPA? You got it. We made it worth the wait.

*We drive a sensible sedan and have a mortgage. Just let us have this.