(INDIANAPOLIS, IN) – Sun King Brewery, one of the leaders of the independent craft beer movement in Indiana, is excited to announce plans to open a tap room at 1021 Broad Ripple Avenue, in the space that formerly housed Thr3e Wise Men Brewing Company. The new Sun King Broad Ripple Tap Room is projected to open in fall of 2019. 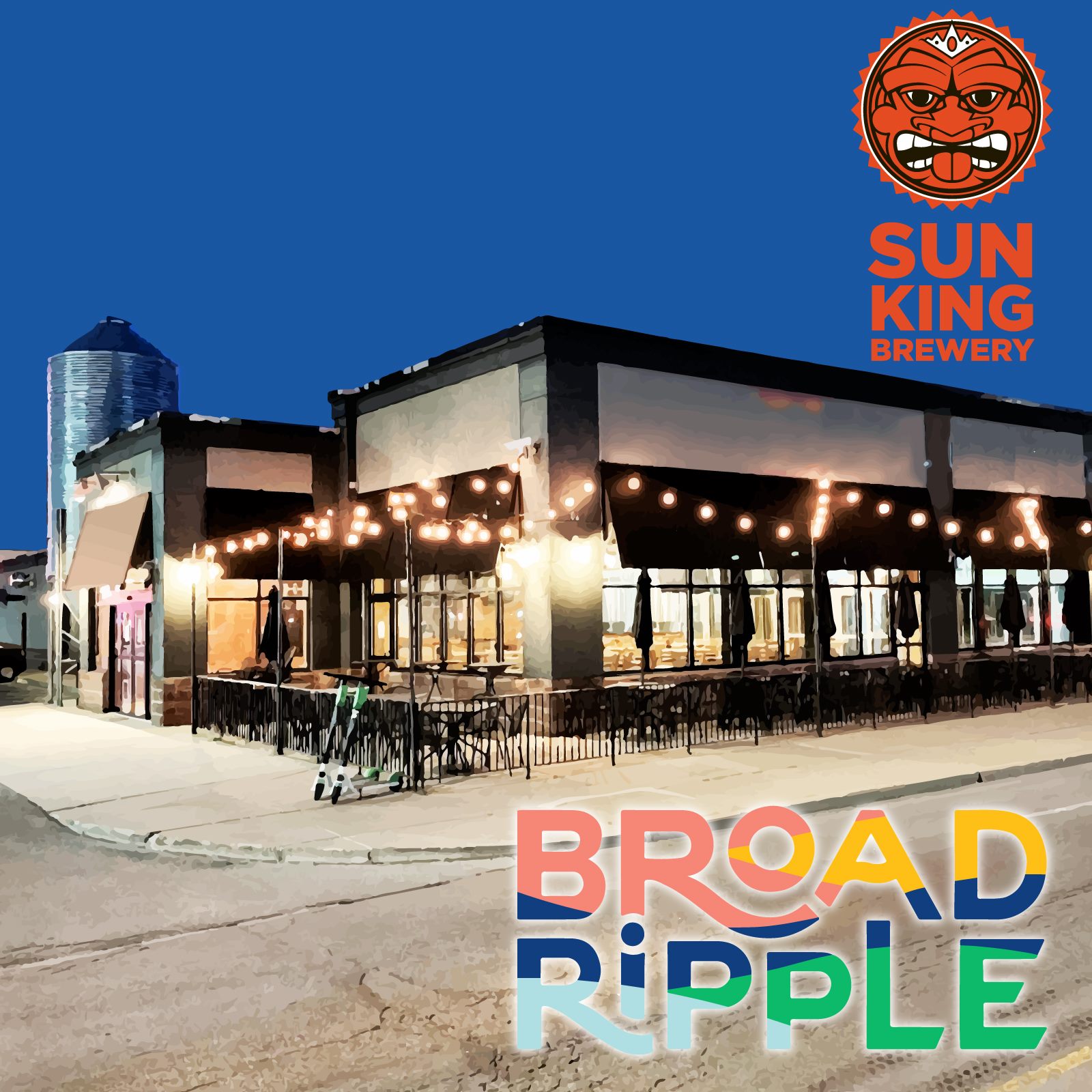 Once renovated and open, the Sun King Broad Ripple Tap Room will be family friendly and feature a wide array of Sun King beers, including core, seasonal, small batch, barrel aged and sours, alongside spirits from Sun King’s distillery in Carmel, as well as adult and non-alcoholic slushies. Similar to how its helped incubate new food concepts at its locations downtown, at Carmel and at the soon-to-open The Yard at Fishers District location, Sun King is also working to develop partnerships with independently-operated, local restaurants to provide unique food options for its patrons at the Broad Ripple tap room when it opens.

“The Broad Ripple area has been huge supporters of Sun King since our inception ten years ago.” Said Sun King co-founder and owner, Clay Robinson, “We already work with an abundance of non-profit and community organizations throughout the area, and this gives us the opportunity to have a greater presence and truly be a part of the Broad Ripple community.”

“Supporting local is at the heart of our mission, and we’re actively searching for a food partner that will complement our world class beverage program and give our patrons another reason to visit and love Sun King,” said Sun King co-founder and owner, Dave Colt. “It’s important to note that we couldn’t have gotten to where we are today without support of the bars, restaurants, and liquor stores throughout Broad Ripple, and it is our goal for this tap room to help increase awareness and grow consumer demand for Sun King at our retail partners in the area, just as it has at our other locations.”

Sun King acquired the assets of Thr3e Wise Men, including the brewing equipment, kitchen equipment, and furnishings at an auction today facilitated by Key Auctioneers.  Sun King will take possession of the building on Monday, August 6thand start work to rehab the facility and prepare it to open it.

Sun King Brewing Company is an Independently owned Indiana Brewery. Conceived by two professional brewers, Dave Colt and Clay Robinson, and started with the help of family and friends, Sun King rolled out their first keg of beer in July of 2009. Over the years, Sun King has grown to become one of Indiana’s best-selling and most award-winning breweries. Currently available on tap and in cans throughout Indiana, Illinois, Kentucky, and Florida, as well as Cincinnati and Dayton, Ohio, Sun King has grown to become a leader in the independent craft beer movement. Sun King’s brewers hand craft core, seasonal and specialty beers that have been rewarded with dozens of medals at the Great American Beer Festival, World Beer Cup, Festival of Barrel Aged Beers, and the Indiana Brewers Cup competitions.

Sun King takes great pride in partnering with hundreds of community organizations throughout the places where our beer is sold in order to help them raise awareness and funds for great causes. Each year Sun King helps these organizations raise over a million dollars through our community give backs, gift baskets, and beer donations.