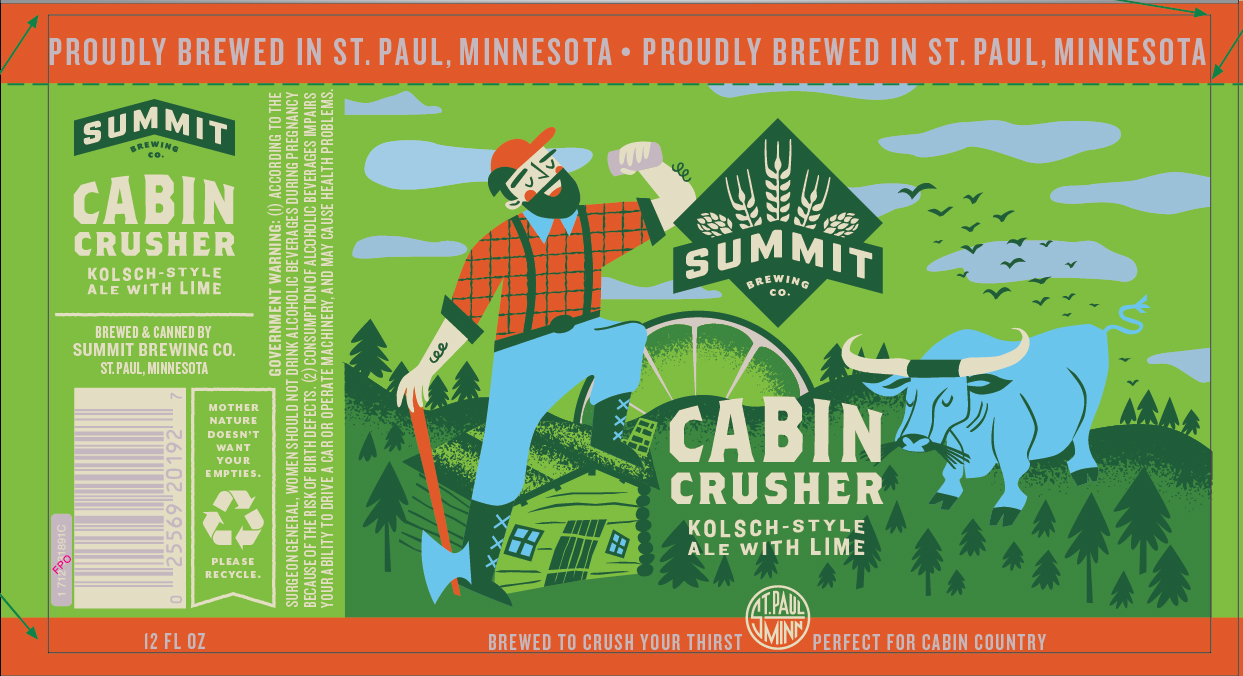 A fan favorite from 2019, Cabin Crusher Kölsch-Style Ale with Lime first made its appearance in our Summit Block Party Box as a limited-edition beer. Brewed in the traditional Kölsch style, this light ale has aromas of honey and biscuit. A combination of Lemon Drop and Loral hops mixed with lime peel and lime puree add a big, bright citrus flavor. Its effervescent mouthfeel and smooth finish make it a highly easy-drinking ale. Perfect for hot summer days on the water in cabin country, it’s brewed to be crushable. No dock assembly required.

“When we first brewed Cabin Crusher in 2019, we wanted a beer that really embodied summer. It was important that the flavors spoke to the season, while the body and finish were crisp and refreshing. Summit has a long-standing history of brewing traditional German styles. Knowing that we wanted a lighter, easy drinking ale, a German Kölsch was the perfect choice,” head brewer Damian McConn said. “Citrus tends to evoke images of sunshine and warmer weather, and using lemon-forward hops and lime really added a tart, invigorating note to the beer.”

Of course, with the introduction of a new brew means we will be saying goodbye to another. After eight years as our summer seasonal, Summit Summer Ale is taking a hiatus. However, while no longer available for purchase in cans or bottles, you never know when one of our classics could re-appear.

Cabin Crusher Kölsch-Style Ale with Lime is available now in 6- and 12-packs of 12oz cans, 16oz cans. It will also be available on draft at select locations in the future. Find Summit products near you using our online beer finder: summitbrewing.com/beer-finder.

About Summit Brewing Company
Founded in St. Paul, Minn. in 1986, Summit Brewing Company has a long-standing history of crafting award-winning ales and lagers. Summit has stayed close to its roots, serving the Upper Midwest. Summit’s beers are currently available in five states including Minnesota, Iowa, North Dakota, South Dakota and Wisconsin. Summit produces six year-round premium craft beers, four seasonal beers and numerous limited-release and Ratskeller exclusive beers throughout the year. Since its inception, the brewery has been a consistent pioneer in the craft beer movement, blending traditional brewing techniques with experimental ingredients to create tried-and-true brews. For everything Summit Brewing, visit summitbrewing.com.

Digital images of Summit Cabin Crusher Kölsch-Style Ale with Lime are available on Dropbox. For more information about these products, please visit summitbrewing.com.