(DENVER, CO) —  Strange Craft Beer Company’s popular summer seasonal Watermelon Hefe will return for its fourth year on draft and in limited bombers just in time for the Fourth of July. 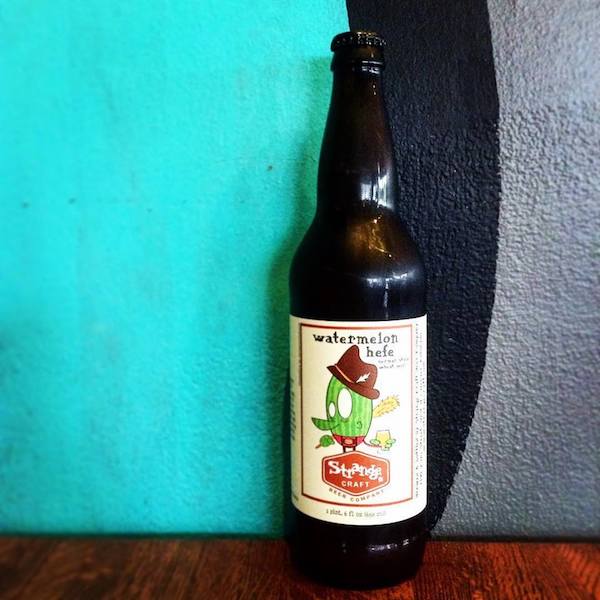 Watermelon Hefe was first brewed at Strange in 2013 and bottled one year later. This bright and crisp German-style wheat beer is one of the brewery’s most sought-after creations, a refreshing summer delicacy adored for its 5.5 percent ABV drinkability and healthy but not overpowering dose of real watermelon— more than 660 pounds of organic, hand-cut fruit per batch.

Strange Craft’s Watermelon Hefe will be available at the brewery on draft and in bombers on Friday, June 30. This year’s bottle run is the smallest yet, with only 60 cases to be distributed across Colorado’s Front Range. Last year, this beer was sold out by the end of July.

When Strange Craft Beer Co. opened just south of Denver’s Mile High Stadium in May 2010, it was the first nanobrewery in the city brewing one barrel of beer at a time. Strange has since become a destination spot for Colorado beer drinkers and taken home multiple awards, including two Great American Beer Festival medals and two World Beer Cups. Despite expansion to a 10 BBL brewhouse, owners Tim and Marni Myers are committed to small batches and nod to their nano roots with One Barrel Wednesdays for experimental brews. Each month the brewery donates proceeds from a nonprofit tap to a local charity through their Strangers Helping Strangers program, and offers a lineup of food trucks and other community events. Visit the brewery online at strangecraft.com.