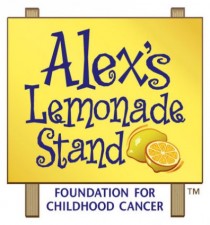 Philadelphia, PA – Stoudt’s Brewing Company, one of America’s pioneering craft breweries, has created a special beer in honor of the Great Chefs Event benefiting Alex’s Lemonade Stand Foundation. Stoudt’s is using a special ingredient, meyer lemon marmalade, created by Osteria’s Executive Chef/Owner Jeff Michaud to make this lemon kolsch beer. The beer named “Ex Gratia” which is Latin for “sincerely” or “out of kindness” will be featured at The Fifth Annual Great Chef’s Event on Tuesday, June 15th where acclaimed chefs from around the nation converge on Philadelphia to raise money for childhood cancer cures.

In addition to creating and donating this special lemon beer for the Great Chef’s Event, Stoudt’s has brewed additional kegs and distributed them to local restaurants in the hopes of raising awareness and support for the cause. The following restaurants will serve
“Ex Gratia” including, Osteria, Amis, Black Angus Restaurant (The Stoudts’ pub), Amada, Monk’s, London Grill, Percy Street, Distrito, Chifa, and Parc, and at Don Russell’s “Opening Tap.” “We are continually amazed by the tight-knit food and beverage community in the Philadelphia area, and have been very lucky in receiving enormous support for the Great Chef’s Event every year from some of our closest friends in the industry, The Stoudts have been especially supportive over the years,” said Steve Wildy, Beverage Director at Vetri Management Corporation. 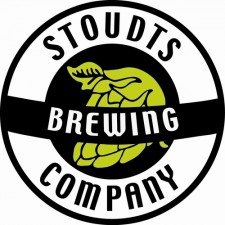 “Ex Gratia’s collaborative union of Stoudt’s Brewing Company and the Vetri Foundation has been an honor for us all. After the idea came about for the Ex Gratia, I had the privilege to meet Alex Scott’s mother Liz and present the idea to her. I instantly knew that it was going to be a great success. With the Vetri Foundation, Muller Distributing and all of the Philly restaurants, and their support we are hoping to raise approximately $12,000.00 from Ex Gratia beer sales. This is the least that we can do for Alex Scott and all of the children afflicted with this disease. Alex’s entrepreneurship and drive for finding a cure is true and inspirational,” said Jodi Stoudt, Brewer/Beer Sweetheart, Stoudt’s Brewing Company.

The Fifth Annual Great Chefs Event will once again feature Tom Colicchio, renowned chef and head judge on Bravo’s Top Chef; as well as several other famous faces including Jose Garces. Several of the other participating chefs are James Beard Award winners and nominees, including host chefs Marc Vetri and Jeff Michaud, Daniel Stern of R2L and MidAtlantic Restaurants; Clark Frasier & Mark Gaier of Arrows/MC Perkins/Cove/Summer Winter in Maine; and Paul Kahan of Blackbird/Avec/Publican/Honky Tonk Tacos in Chicago, among others.