Stone Ripper – A Modern Pale Ale Starting out in CA Only

(Escondido, CA) – Stone Brewing has been challenged for the past few years to stay true to what has made them insanely popular, while being nimble enough to attract new drinkers and fickle enthusiasts.  In an initial effort, Stone updated Ruination IPA to Ruination 2.0, Stone IPA to Stone IPA 1.1, and Stone Pale Ale to Stone Pale Ale 2.0.  While enthusiasts weren’t the target audience for original Pale Ale, there wasn’t much fanfare when the beer was updated to 2.0.  Last month, Stone began releasing pilot runs of Stone Ripper, a new Pale Ale that resembles something along the lines of the super delicious Ballast Point Grunion, Firestone Luponic Distortion and even Three Floyds Zombie Dust. Basically, this is a slightly lower alcohol IPA or a less malty Pale Ale, but not quite as thin as the current form Session IPA. 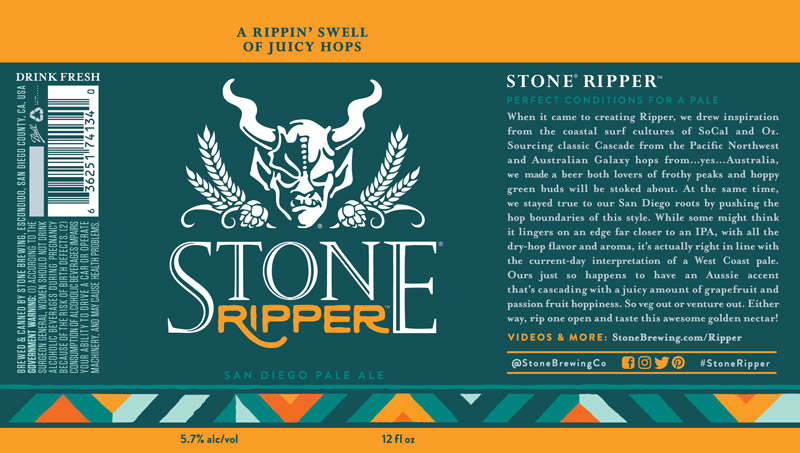 Much like when Stone Enjoy By IPA started out, this beer is listed as California only. Should Stone receive good feedback from customers and sales sheets, we will most likely see a national roll out EDIT: Stone has just announced a 2017 National Roll out, and possibly a phase out of Stone Pale Ale 2.0.  Here is the description of the beer from Stone:

When it came to creating this awesome golden beer, we drew inspiration from the bicoastal surf cultures of both SoCal and Oz. Sourcing classic Cascade from the Pacific Northwest and Australian Galaxy from…yes…Australia, we made a beer both lovers of frothy peaks and hoppy green buds will find downright rad. Boasting a bounty of dry-hop flavor and aroma, it’s right in line with the current-day interpretation of a West Coast pale. Ours just so happens to have an Aussie accent that’s cascading with a juicy amount of grapefruit and passion fruit hoppiness. 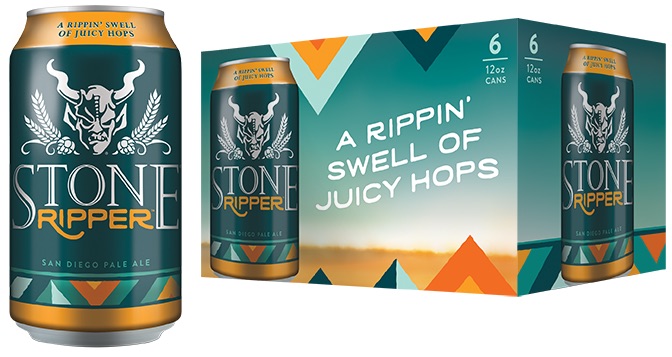