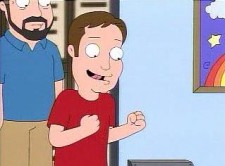 While Masterson and Reschan prepare for their big brew day, we’ll already be hard at work on another collaboration beer, inviting a rather high-profile pair of conspirators into Stone’s brewhouse. The first is well known by sci-fi and Hollywood fans as the actor who played Wesley Crusher on Star Trek: The Next Generation, the lead role of Gordie Lachance in the movie adaptation of Stephen King’s Stand By Me and, most recently, himself on the reigning number one comedy in America, The Big Bang Theory. He’s also the founder of a Comic-Con spin-off variety show called w00tstock, an avid homebrewer and, coincidentally, was our 10,000th email newsletter subscriber. This well-known renaissance man is Wil Wheaton.

Read the entire blog post about the next two Stone Collaborations.