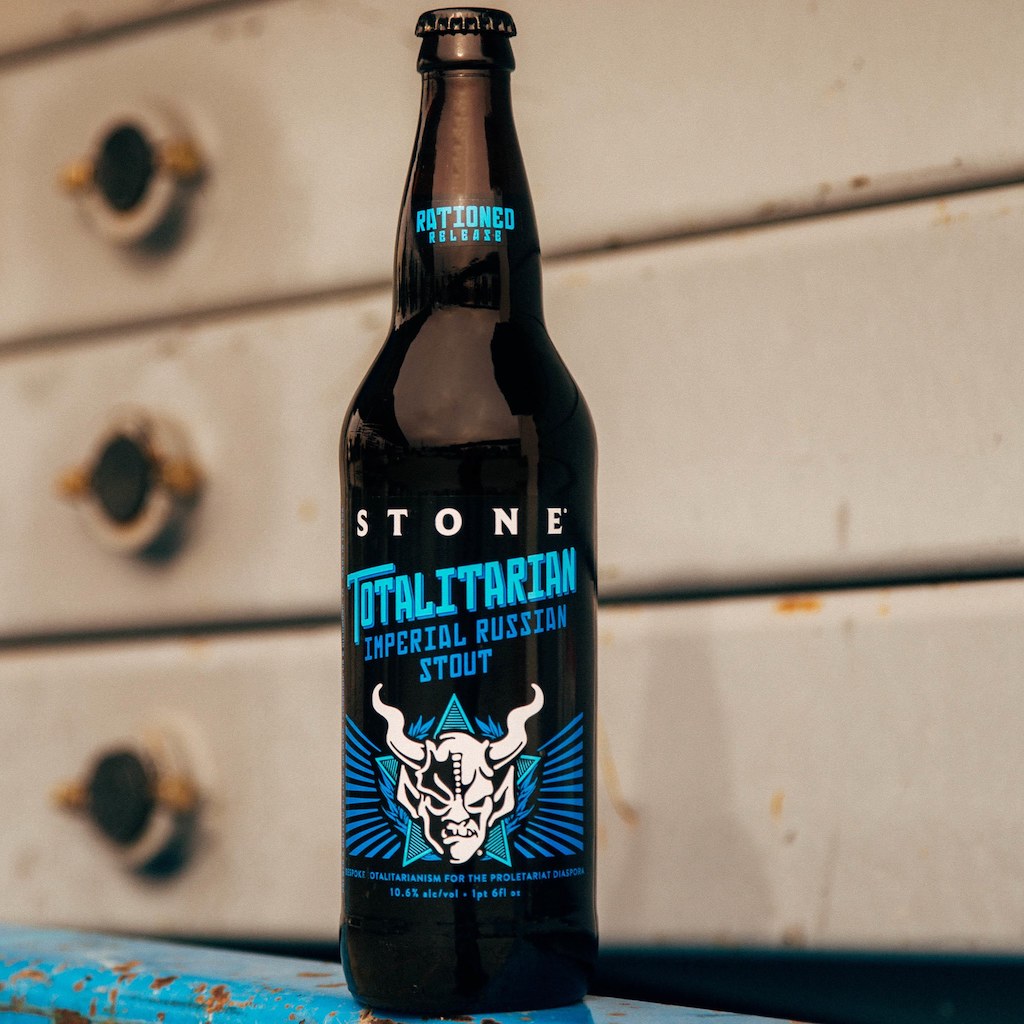 The original recipe, brewed through 2016, has been augmented by the careful addition of Belma hops and flaked oats. Pouring jet black with a fluffy chocolate head, the aroma is rich and roasty with the scent of dark chocolate and espresso. Flavors of black currant and chocolate complemented by notes of graham cracker and marshmallow produce a beer that has a long-lasting smooth and silky finish.

“Our most devout fans don’t surrender quietly when we discontinue beers or skip Stone Special Release favorites,” said Jeremy Moynier, Stone Brewing senior manager of brewing & innovation, and nearly 14-year Stone veteran. “We always tell them they may see it again and in this case, the one year hiatus was well worth the wait. The additional hops and flaked oats add a new layer of complexity and mouthfeel that truly enhance an already remarkable beer.”

A well-executed regime change cannot succeed without cooperation of covert allies. As such, Stone Brewing continues its long tradition of collaboration with small producers of artisanal foods. Coincident with the release of the beer, San Diego’s Nutista Authentic Stoneground Nutbutters releases an official Collaboration with Stone Brewing called The Stone Totalitairian Imperial Russian Stout Stoneground Nutbutter. Inspired by the beer’s intense flavor profile, the Nutista team created a uniquely special blend that utilized an incredible array of ingredients both inspired by and used in the beer itself. These include Belizian cacao, coffee, and just like the beer itself, a blend of golden, medium, and black roasted brewers barley malt. The result is decadent and simply amazing.

“Nutista Authentic Stoneground Nutbutters is a passion project of mine, alongside mastermind artisans Tristen Cross and John Huber,” said Greg Koch, Stone Brewing executive chairman & co-founder. “I’ve been making nutbutters at home for many years now and so it drove me to discuss with Tristen and John the idea to create nutbutters inspired by Stone beers. The natural step was to collaborate by bringing together two companies that value the best ingredients, united by a love of experimentation and a disregard for convention. The result is nothing short of mind blowing. But of course I’d think that, everyone that knows me knows I’m a craft beer fanatic and a total nut job.”

About Stone Brewing
Founded by Greg Koch and Steve Wagner in 1996, the groundbreaking San Diego-based Stone Brewing is the 9th largest craft brewer in the United States. Recognized as an award-winning, industry leader, Stone has been listed on the Inc. 500 | 5000 Fastest Growing Private Companies list 12 times, has been called the “All-time Top Brewery on Planet Earth” by BeerAdvocate magazine twice. The multifaceted company is the first American craft brewer to independently build, own and operate their own brewery in Europe (Berlin, Germany), and also opened a production brewery in Richmond, Virginia in 2016. Known for its bold, flavorful and largely hop-centric beers, Stone has earned a reputation for brewing outstanding, unique beers while maintaining an unwavering commitment to sustainability, business ethics, philanthropy and the art of brewing…and pledging to never, ever, sell out to the man. For more information on Stone Brewing, please visit stonebrewing.com or the company’s social media sites: Facebook, Instagram, Pinterest and Twitter.