(Escondido, CA) – In the spirit of all the exploratory missions deployed across the galaxy — be they spacecraft, Viking or other — Stone Brewing launches Stone Viking Space Probe Double IPA. The 8.5% ABV beer boldly goes where no hazy brew has gone before with an unchartered combination of hops and Belgian Candi Sugar that earns it a spot among the ranks of Stone’s genre-defying creations. 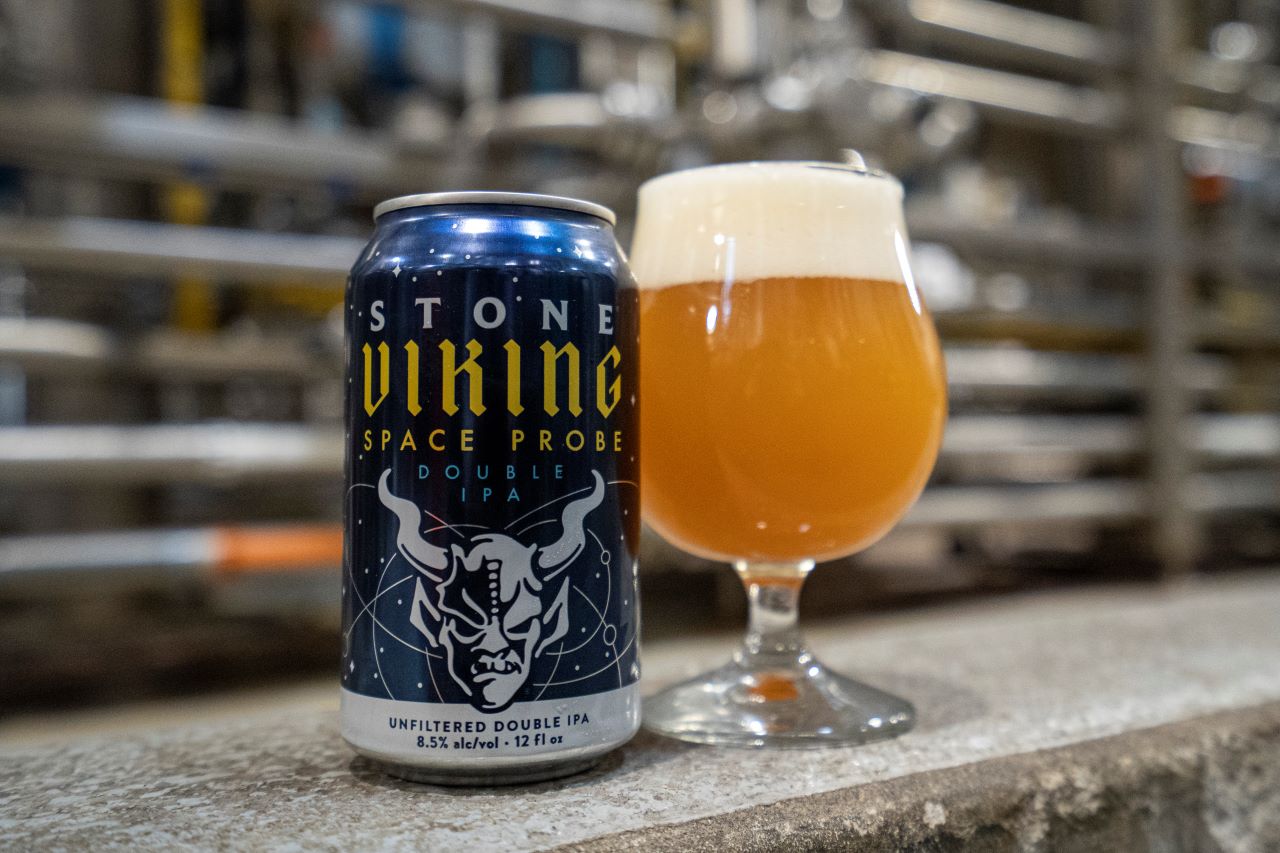 The beer’s name is a nod to the legendary space probes, Viking 1 and Viking 2, celebrated for their far reaches of space exploration. Here on earth, Stone charts a constant course of discovery across the world of beer.  Not quite the 34 million-mile trip to Mars, but an epic destination still, this asteroid of a beer hails from Stone Brewing – Napa. It’s within this small batch spacecraft of craft that many of Stone’s most adventurous brewing techniques are explored.

Stone Viking Space Probe Double IPA was the third beer ever produced at Stone Brewing – Napa. Its flavor profile was astonishing – lingering on palates and winning over craft beer connoisseurs in the same way it thrilled Napa’s prestigious wine drinkers. Naturally, both groups recognize that it takes a particular expertise and knowledge of ingredients to create such an experience. Stone Brewing Senior Manager of Brewing & Innovation – Small Batch, Steve Gonzalez explained:

“I’ve never seen this combination of ingredients before. Citra hops, as their name implies, add citrus flavors but also stone fruit. I get a ton of ripe peach notes. Ella hops create the tropical flavors, but not the typical stuff – more complex tropical flavors, like Papaya. Belgian Candi Sugar offers two benefits, a perceived sweetness, and a dryness. So, there’s this pillowy extra layer of sweetness and it’s still more dry than most hazy beers. All around balanced with lingering wheat and peach notes, I really think we nailed it. I can’t get enough of this one.”

Stone Viking Space Probe Double IPA is dark gold with a subtle haze like that of a far-off nebula. Pineapple, peach, lychee, watermelon, papaya and even marshmallow can be found in the aroma. Ella and Citra hops impart flavors of tropical fruit, notably pineapple, peach, papaya and sweet guava, along with a hint of lime zest. It’s creamy and smooth with warmth on the finish.

Stone Viking Space Probe Double IPA releases the week of January 27, 2020 in 12oz six-pack cans, 22oz bottles and draft for a limited time. It is brewed for life on Earth – Vikings, Space Explorers and Average Joes – but if intelligent life exists in the unknown, there’s a very good chance they’ll like it too.