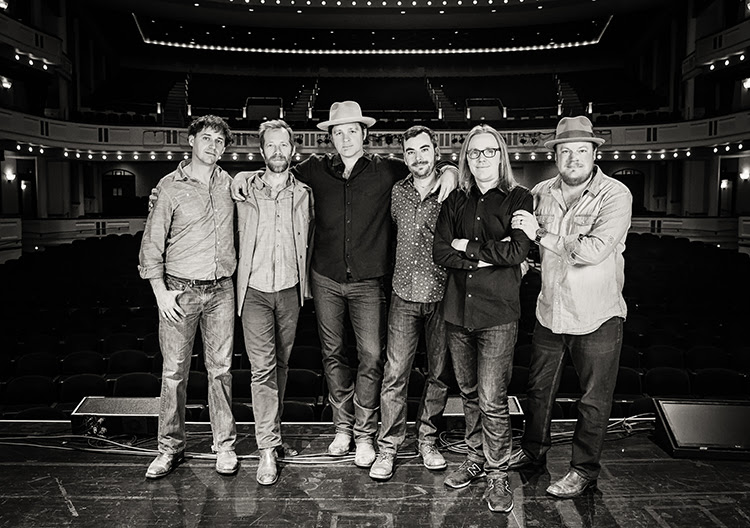 The Steep Canyon Rangers’ newest album Out In The Open (Ramseur Records) made a stellar debut, hitting #1 on Billboard’s Bluegrass Album Chart and #8 on the Americana/Folk Album Chart. With Out In The Open, Steep Canyon Rangers affirm their place as one of the most versatile and idiosyncratic bands in contemporary American music. The GRAMMY® Award-winning, North Carolina-based sextet has spent nearly two decades bending and shaping the bluegrass aesthetic, wedding it to elements of pop, country, folk rock, and more to create something all their own.

Steep Canyon Rangers have expanded the parameters of bluegrass since coming together in 2000. Since then, the band has developed a remarkable catalogue of original music that links them to the past, while at the same time demonstrates their ambitious intent to bring string-based music into contemporary relevance. Playing as the band for Steve Martin and Martin Short’s “An Evening You Will Forget For the Rest of Your Life” tour recently landed them on The Tonight Show with Jimmy Fallon.

Jump into the weekend with an evening of live music, cold beer, yard games, and giving back in a Can’d Aid way! On June 15 at 5pm, live music kicks off with local West Michigan bands Mark Lavengood and Seth Bernard followed by headliner Steep Canyon Rangers.

Can’d Aid is a publicly-funded non-profit organization that spreads people powered do-goodery through Towns, Tunes, Treads + Trails and Love Yur Mama efforts nationwide. The proceeds from the event will go toward Michigan Can’d Aid efforts including building bikes for kids, cleaning up rivers, planting trees, and donating instruments for students – just to name a few.

Alyssa Lile, Can’d Aid Outreach Coordinator explained, “The Can’d Aid Foundation is working to spread the love of music by donating instruments to programs in need, and our partnership with nationally-touring artists like the Steep Canyon Rangers helps us to give back in communities across the country.”

Enjoy a night of word-class music and craft beer in a can with Can’d Aid and Perrin Brewing – all in the name of do-goodery!

About Perrin Brewing Company:
Established in 2012, Perrin Brewing Company of Comstock Park, MI, strives to push the boundaries of Craft Beer. They do what they want, not what everyone else expects. They combine that approach with innovative technology to create unexpected flavors with clean consistent quality. Every time. Through the CANarchy Craft Brewery Collective, Perrin has experienced exponential growth among package offerings, out-of-state distribution, and an overall increase in barrel production. For more information, visit www.perrinbrewing.com

About the Can’d Aid Foundation
Can’d Aid is all about spreading people powered do-goodery through Towns, Tunes, Treads + Trails and Love Yur Mama efforts nationwide. Since its inception in 2013, more than 1.25 million cans of water have been shipped post-disaster, over 1,500 bikes have been built, 600+ instruments have been donated and the equivalent of 18 million cans recycled. To donate, join the do-goodery or find out more, please visit candaid.org.