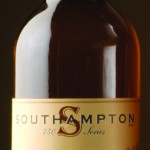 AUGUST:
Southampton Saison
A Traditional Belgian Ale
This classic Belgian-style Summer ale is a refreshingly complex brew that is alive with earthy, tropical fruit flavors.  “Saison” is the French word for “season” and is a reference to the refreshing, slightly tart character of this traditional summertime thirst quencher.  Southampton Saison is brewed with two varieties of Belgian malt and two varieties of hops.  There are no spices added, the fruity complexity comes from the use of a special strain of yeast.  SOUTHAMPTON SAISON has an intense fruit character with notes of passion fruit and pineapple that is accented by a mild earthy character of imported hops.  It is deceptively light tasting and refreshing despite its alcohol content of 6.5%.

SEPTEMBER:
For the first time, Pumpkin Ale will be available in 6 packs 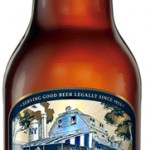 Pumpkin Ale
SOUTHAMPTON PUMPKIN ALE is unique brew that has particular appeal during the autumn months and the holidays of Halloween and Thanksgiving. Pumpkin ales have their origins in the colonial days of America when malted barley was not always available in sufficient quantities to brewers. In those days, resourceful brewers would seek out a secondary source of starch (mainly pumpkins) as a substitute for barley malt. The pumpkin would contribute some fermentable sugars as well as a distinct flavor. We use a generous amount of pumpkin as well as traditional “pumpkin pie” spices to give this unusual brew a definite seasonal character.

FLAVOR DESCRIPTION: An amber colored ale with the unmistakable flavor of “pumpkin pie”.