(San Diego, CA) – Societe Brewing out of San Diego has just announced the planned departure of Brewmaster Travis Smith. Travis Smith has been the force behind not only the clean, near perfect beers, but also the ethos of this company. While many breweries have caved into market demands such as barrel aged stouts, mobile canning lines and hazy IPAs, as of press time, Societe Brewing has remained largely stubborn in going with the strong current of beer trends. In reading Societe’s official statement below, it would appear that Societe Brewing is faced with some difficult business decisions in the middle of a county housing 150+ breweries. We look forward to seeing the little and big changes made going forward without the strong will of Mr. Travis Smith. 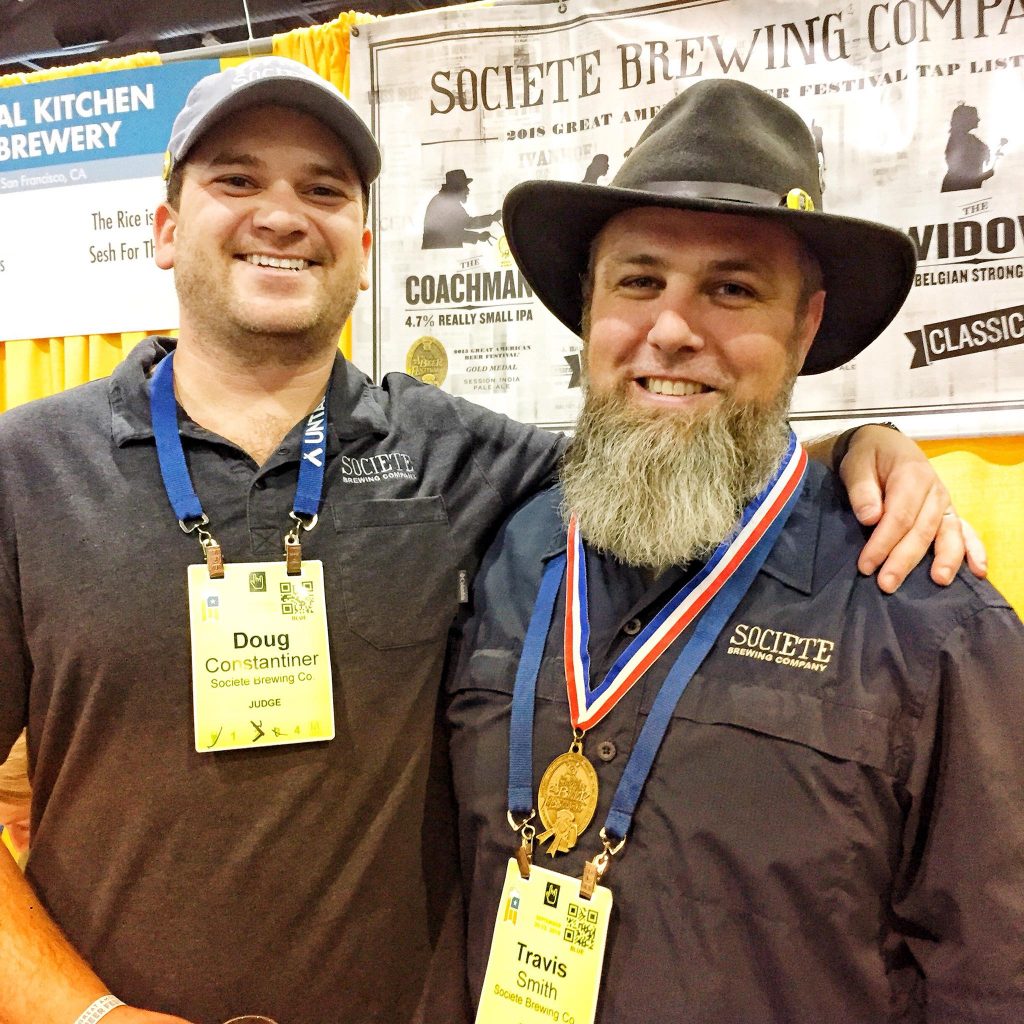 Dear Friends & Fans: Societe Brewing Company opened in 2012 as the realization of a shared vision between Doug Constantiner and Travis Smith for a brewery devoted to serving the best beer humanly possible. From the moment our founders met, their friendship and professional relationship have thrived based on a nearly identical love of beer and respect for the manufacture, preservation and enjoyment of that noble beverage. Working together, Doug, Travis and the entire Societe family racked up countless memories. From building out the brewery to opening our doors, to brewing world-class beer, to winning awards and holding immensely fun events at our tasting room, we’ve packed a lifetime of special moments into the past seven-plus years. That’s not to say that we didn’t face our share of challenges along the way.

As any business owner will tell you, entrepreneurship is a perpetual battle against ever-changing obstacles. Together, Doug and Travis overcome a great many, and did so operating within a unique business model—remaining an almost exclusively draft-only operation, maintaining a complex (and award-winning) barrel-aging program, self-distributing exclusively within San Diego County and declining to chase trends. We’re proud to say we’ve weathered the storm that is the increasingly competitive craft-beer market. Doug and Travis’ faith in each other’s shared vision for quality beer has been the cornerstone of it all, as has their faith in and respect for each other. These are values that will never change. With that said, after months of discussion and soul-searching on both of their parts, they have come to the mutual decision that a change is in order for the company.

As of March 22, 2019, Travis will step down as Societe’s brewmaster. Running a business is difficult, particularly in an industry where there has been as much flux as craft brewing. A company must remain nimble, and that means making lots of decisions and adjustments; the difficult kind that can mean so much in the long run. Doug’s and Travis’ visions for what they wanted the company to be and become have become increasingly divergent over the years. They no longer have the same vision, and that was the key factor necessitating this difficult but mutual decision.

Also key was the desire to maintain the friendship Societe was built on. Doug and Travis are still friends and colleagues, and will continue to support each other. While Travis’ next chapter is still undetermined, he will always be a part of the Societe legacy that he played such a key role in building. Part of that was training our talented brewing team, including our head brewer Teddy Gowan, who will assume the role of director of brewery operations. In addition to training under Travis for the past four-plus years, he has more than a decade of professional brewing experience garnered at Hangar 24 Craft Brewery as well as Lake Placid Pub & Brewery, and is a graduate of the Institute of Brewing and Distilling. Teddy is extremely capable and we are excited to reward his years of hard work and constant development.

While this is a significant development, Doug and Travis want to stress that it is something they both agree on and have planned together. It will in no way impact their relationship or tarnish their accomplishments. We’ll always look back on the past with a smile. And we look forward to lots of smiles in the future, as there are some exciting things on the horizon for Societe and its fans. From new beers to the return of some fan favorites to exciting changes for our Feral barrel-aging program and perhaps even in-house food options at our tasting room, we have a great deal in the works and are excited to have all of you along for the ride. Thank you for your continued support of our brewery and for being an extended part of the Societe family.