Discontinuing this beer was a difficult decision, and a number of factors were considered. With the larger brewhouse at the new Smuttynose facility and two new, low alcohol, year-round releases, Vunderbar Pilsner and Bouncy House IPA, in the works, there was a need to streamline our offerings. “We brought Star Island Single to market,” said Peter Egelston, company founder and president, “because we believed many beer drinkers were seeking more sessionable offerings. Current market trends have proven this to be true, which is what led us to creating Vunderbar and Bouncy House. Ultimately, something had to be let go from our lineup. Everyone at Smuttynose is very excited about getting our new beers into pint glasses all around America.”

Bouncy House, a 4.3% IPA, will debut at SAVOR, the nation’s premier beer and food pairing experience in Washington DC on May 9 and will be in all Smuttynose markets by Memorial Day. 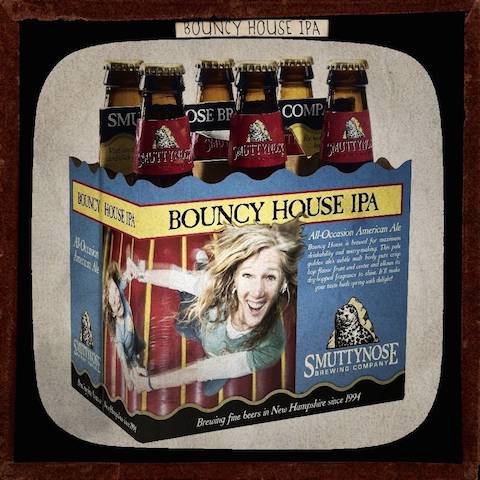 Smuttynose has shipped the last Star Island Single to its wholesalers, and whatever remains in the market is all that will be available. There are just a handful cases left at the brewery, which will be available during retail hours (M-Th 9-4, Friday 9-6:30 and Saturday (Noon to 4pm).

Last but not least, Smuttynose would like to thank the Star Island mermaid, Dixie von Trixie. A chance meeting with Smuttynose Creative Director Joanne Francis at a vintage clothing store in San Diego led to a five year relationship during which Miss von Trixie donned her tail and travelled east to promote her beer, including the phenomenal 2012 Coney Island Mermaid Parade. While she has said several times that she’s dreamed of being a mermaid since she was a little girl, Smuttynose would like to express their appreciation for her enthusiasm and support for Star Island Single for the life of the beer.

About Smuttynose: Founded in 1994 by the people behind the Northampton Brewery and the Portsmouth Brewery, Smuttynose Brewing Company is New Hampshire’s leading craft brewer. On the verge of its 20th anniversary, Smuttynose has moved into its new, energy-efficient, brewery and headquarters on historic Towle Farm in Hampton, NH, where it will continue to brew a wide range of lagers and ales. The new facility was designed to accommodate lots of visitors and the entire Smuttynose team looks forward to hosting them at the company’s new home.