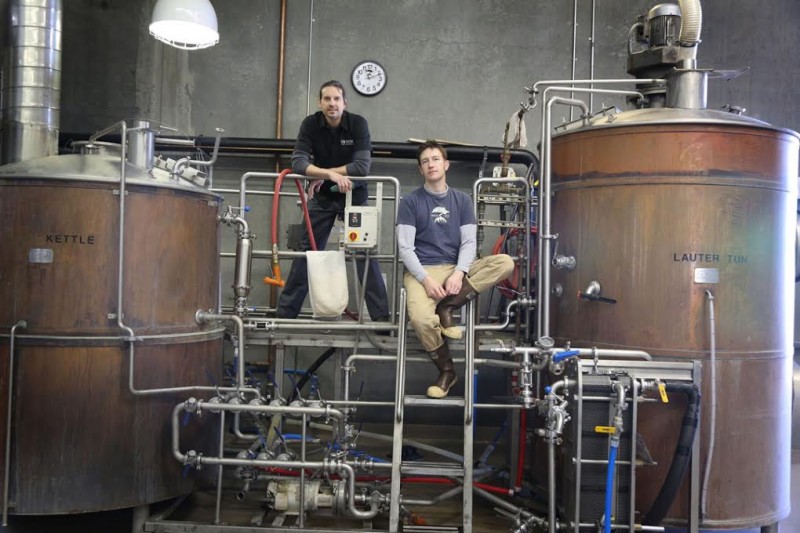 California Love is a hoppy strong red ale brewed with citrus peel, Pinot Noir grapes and over hopped with the wildly popular Amarillo, Centennial, and Galaxy hop varieties. This 9.3% Imperial Red was one of our most well-received special releases of 2013. This beers’ exceptionally smooth, well-balanced, and complex flavor profile combines seamlessly with two talented brewers’ creative gusto.

Smog City is proud to partner with an old friend and fellow brewer, David Szamborski (Zambo). Porter and Zambo have known each other since Porter was a cellarman and Zambo was a head brewer at BJ’s in Woodland Hills and Brea and they have remained friends and colleagues ever since.

California Love was conceptualized when the LA Brewers Guild vs SF Brewers Guild event was announced in 2013. Zambo and Porter and their respective breweries chose to embrace the true craft beer spirit of collaboration rather than competition. Now that’s some California love.

Join Smog City Brewing at their taproom Sept 9th from 4-9pm to celebrate the release of California Love. We’ll be hosting a food truck and offering growler fills all evening!