(Durango, CO) — Ska Brewing will release its 23rd anniversary beer, MoSka Mule, in cans across its distribution footprint next week. This ale was brewed with ginger and lime to create the flavors of a traditional Moscow Mule cocktail.

MoSka Mule is a refreshing ale with slight acidity (Total Acidity of 6.5), crafted with spicy ginger and fresh lime. “Forget all the garnishments, they’re already in the can.” says Ska founder Dave Thibodeau. “With this beer, we wanted to start celebrating our 23rd Anniversary early. By the way, there are still a few tickets available for the party on September 8th.”

At only 6.12% ABV, MoSka Mule is an easy-drinking beer that will pair perfectly with long summer days. Bring on the barbecues!

MoSka Mule debuts at Ska Brewing World Headquarters tomorrow, Saturday, June 30 at 1pm with live music in the Beer Garden from four local bands. The beer will be available across Ska’s distribution footprint next week. This is the first of Ska’s anniversary beers to be canned and made available outside of Durango. 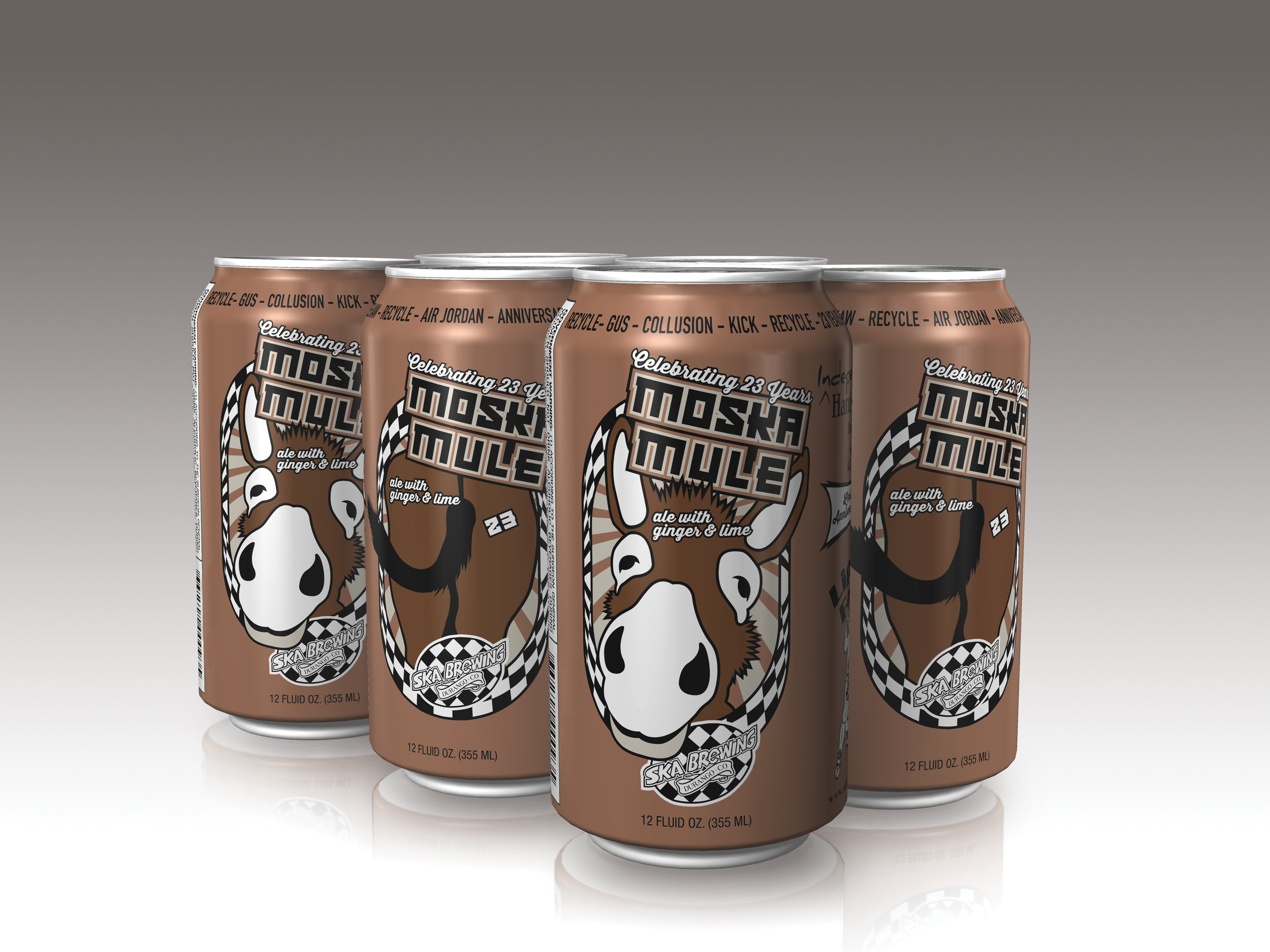 Based in Durango, Colorado, Ska Brewing was founded in 1995 and produces more than a dozen award-winning beers fueled with Ska music, and lots of it. Pioneers in the canned craft beer movement, Ska Brewing is known for an array of styles in 12 oz cans that include Mexican Logger, Modus Hoperandi, and Rue B. Soho. For information, music, and a good time, visit www.skabrewing.com.