(DURANGO, CO) — Twenty years ago a friend told Ska Brewing’s founder Dave Thibodeau that Ska music was simply Polka gone bad. “It was a zinger,” he says, “And I had no comeback until now.” 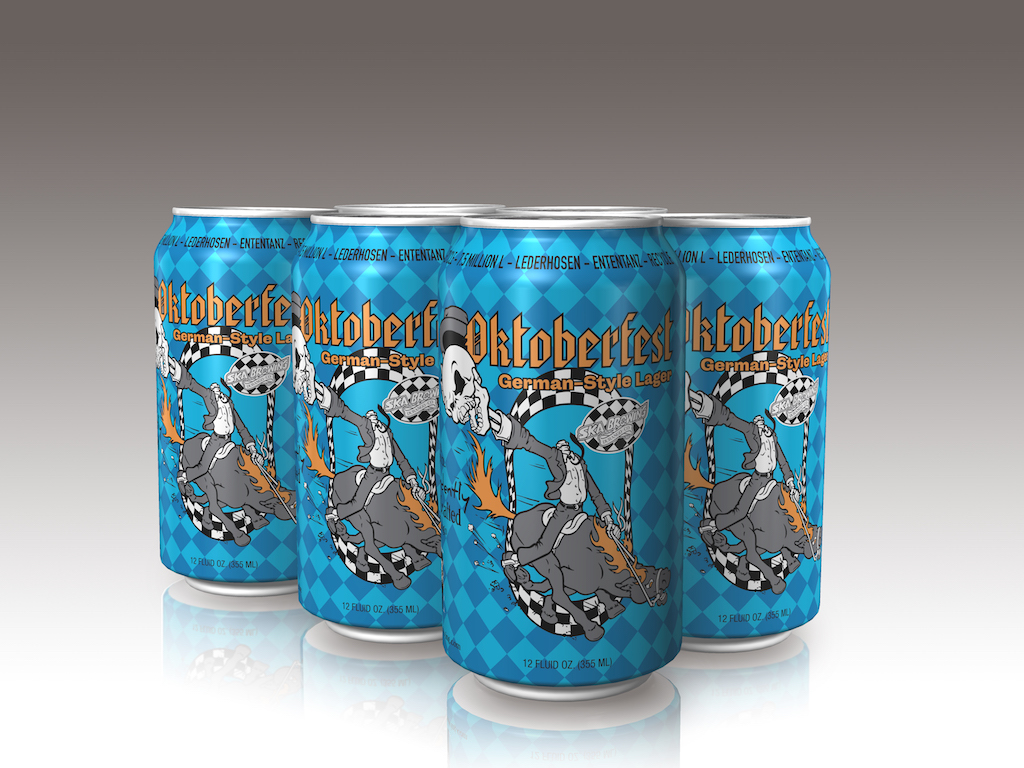 That comeback is Oktoberfest Lager in a can. The brewery will release its German-Style Lager in canned 6-packs for the first time at its World Headquarters this Friday August 3. The beer will be available seasonally, encouraging skanking at Oktoberfest celebrations across Ska’s distribution footprint while supplies last.

This beer’s label sports the Headless Horseman (a Ska-themed skull-less cowboy, really) with a traditional blue and white checkerboard Bavarian flag as the backdrop.

“We appreciate and respect good, clean lagers because we know the care that goes into fermenting them,” Thibodeau says. Home to one of the country’s first craft lagers in a can, Ska’s brewing team crafts its seasonal Mexican Logger in warmer months and craves it all winter long. “This year we’re stepping up our seasonal lager game with this traditional Oktoberfest,” he adds.

Six-packs of 12-ounce cans of Oktoberfest will be available across Ska’s distribution footprint beginning next week and seasonally while supplies last.

Based in Durango, Colorado, Ska Brewing was founded in 1995 and produces more than a dozen award-winning beers fueled with Ska music, and lots of it. Pioneers in the canned craft beer movement, Ska Brewing is known for an array of styles in 12 oz cans that include Mexican Logger, Modus Hoperandi, and Rue B. Soho. For information, music, and a good time, visit www.skabrewing.com.