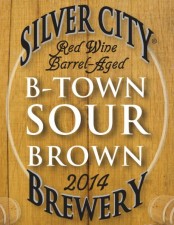 In Washington, we love the fall season; football kicks off, the weather starts to cool and an extensive variety of seasonal beers blow through like so many multi-colored leaves. In this storm of Pumpkin beers, Harvest Ales and other autumn-themed brews, Silver City Oktoberfest stands apart as one of the few authentically traditional styles of the season .No tradition is done right without the highest quality ingredients and process. That’s exactly what Silver City Brewmaster Don Spencer and his brew team insists upon when nurturing Silver City Oktoberfest.

Combine Don’s 20 plus years of professional experience brewing lager beer styles, his extensive “research” trips to Germany including Munich’s Oktoberfest with the finest hops and specialty malts from around the world and you have one of the highest quality, consistent, coveted and downright delicious fall offerings in the NW. Silver City challenges you to enjoy all that you can before it’s gone!

As we move into Oktoberfest season, we typically say goodbye to Ziggy Zoggy for the year. However, Ziggy Zoggy 12oz cans were so successful that Silver City has decided to extend their availability until early winter. “The fanfare for our first offering in cans has been enormous,” says Silver City Marketing Manager Kurt Larson. He goes on to say, “I’d be lying if I didn’t tell you that we wanted to keep an offering around that works well for tailgating as we roll into football season. Football season is all about fall BBQs with great food and friends, cheering on your favorite team (Go Hawks!) while partaking in beer that you can enjoy in succession. That’s Ziggy Zoggy.” Ziggy Zoggy will be available in cans until playoff season, when Silver City will introduce a new, top secret, authentic lager.

Silver City is also proud to announce the next offering in their Specialty Series, Citra Wet Hop Ale. “Wet” hops are harvested in Eastern Washington and go direct from the hop field into the boil within 24 hours. Citra hops present a juicy, citrusy aroma filled hop experience. Wet, whole-cone Citra hops add an extra element of dank, grassy, earthy, herbal and downright decadent hop presentation to this wonderfully drinkable ale experience. Look for Silver City Citra Wet Hop Ale on tap around the Puget Sound and for the first time in 22oz bottles.

Seasonal, extended fan favorite, specialty and how about super limited? Check, check, check and check! Silver City has that for fall too. Enter B-town Sour Brown. This Oude Bruin or Sour Brown is a nutty brown ale aged in cabernet barrels with lactobacillus to present a subtle tart finish that’s pleasing, easy to drink and fitting of the season. Less than 20 cases of this one-time brewed release will be distributed around the Puget Sound (see the locations listed below the description).

Silver City and their fall season of beers present variety befitting the season. Silver City is proud to offer their award winning line-up for every season with the goal of providing something for everyone.

Silver City Oktoberfest (Late August Release)
Silver City Oktoberfest is an authentic interpretation of the classic style. Just a few sips of this luscious brew and you are transported to the great beer halls of Bavaria. We hope you enjoy the rich malty sweetness, and spicy hop character of this popular seasonal brew.

Every fall, brewers around the world anxiously await the harvest of a principal brewing ingredient – the hop. Hops are traditionally dried, losing some of their intense raw character while retaining the necessary oils to season beer. Some brewers make the extra effort to obtain farm fresh or “wet” hops to create something special. This year, Silver City showcases the green, unkilned character of the Citra hop. Citra Wet Hop Ale features aromas of tangerine and orange blossom and full flavors reminiscent of pineapple and pine resin creating a tantalizing experience for any hop lover.

Oude Bruin is a rare style whose name suggests “Sour Brown.” The malt center of a brown ale contrasts the sourness of the lactobacillus culture. Aged in barrels for 6 months, this old world bier marries a complex malt character, toasted oak and stone fruit to a subtle, tart finish which lingers with the drinker like a well rounded cabernet.

Silver City Brewery, located on the Kitsap Peninsula, is the West Sound’s premier destination for award-winning, handcrafted beers. Silver City Brewery is a NW pioneer with deep roots in Washington States brewing history. Silver City brewers pride themselves on making the dynamic and diverse, the experimental and the traditional, award winning & local favorites and everything in between.

Silver City was started in 1996 by Co-owners Steve & Scott Houmes, and it remains a locally owned and operated family establishment. Silver City Brewery’s handcrafted beers are available on draft, in 22oz bottles, and 12oz bottle 6-packs around the Puget Sound area in bars, restaurants, and grocery stores.

For more information on Silver City Restaurant & Brewery, please visit us online at silvercitybrewery.com, on Facebook, and on Twitter.

Against The Grain Brewery Brings Back Bo & Luke Jack’s Abby Brewing Is Headed to GABF This Year!