(Paso Robles, California) — With their brewery centered in Paso Robles’ burgeoning wine country, Silva Brewing was destined to be influenced by the surrounding terroir, whether it be from the wineries’ used barrels or fruit off the vines that have become a predominant part of the area’s landscape. 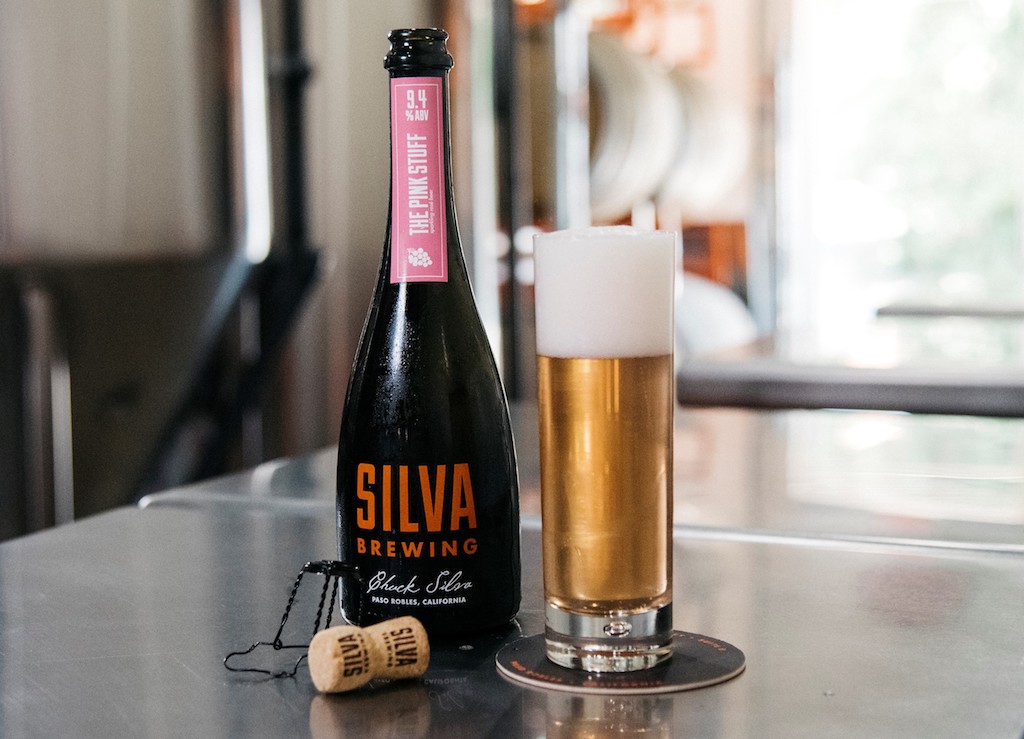 “I love sparkling wine and have dreamt about making a beer like this for years,” say co-Founder and brewmaster Chuck Silva. “I wrote the idea for it in my notebook when I set out to start Silva Brewing with my wife MJ. Now that we’re located in the middle of Paso wine country I have the opportunity and resources at hand to make it all happen.” The Pink Stuff is the nineteenth beer release from Silva’s notebook in just over 18 months of operating his new brewhouse.

The Pink Stuff is a Sparkling Rosé Beer that has a light-pink color brought about by free-run Grenache juice provided by Denner Vineyards, one of Paso Robles’ top Rosé wine producers. The juice is co-fermented with a kettle sour ale in French oak barrels that previously housed white wine using a French Saison yeast strain. A separate Cinsault grape and black currant cofermentation adds a touch more color and fruit character to the finished blend, which features strawberry, watermelon and raspberry notes. The beer is brightly filtered, and finished with champagne yeast for lively conditioning creating an effervescent light-pink head that fades into a salmon-colored beverage that’s refreshingly fruity and slightly tart with a dry, spritzy finish.

A limited supply of The Pink Stuff is available for purchase in cork-finished 510-millileter Italiansourced Tosca bottles at the Silva Brewing tasting room, located at 525 Pine St, Suite B in downtown Paso Robles. The next release of this beer will occur several months after wine-grape harvest in October 2018.