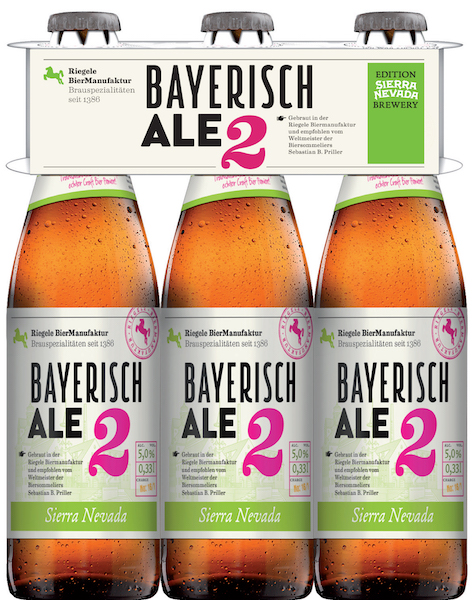 “The beer has a fresh and lively character with notes of passion fruit, peach and apricot,” said Sebastian Priller-Riegele, World Champion Beer Sommelier.  “Bayerisch Ale 2 is a perfect beer for summer.”

The relationship between Sierra Nevada and Riegele dates back to 2015, when the two breweries collaborated on Sierra Nevada’s award-winning 2015 Oktoberfest.

“We’re both family owned, our children are hands on, and we share a passion for great beer,” explained Ken Grossman, founder of Sierra Nevada. “We’re aligned in so many ways, and I am confident that any beer that emerges from our partnership will be outstanding.”