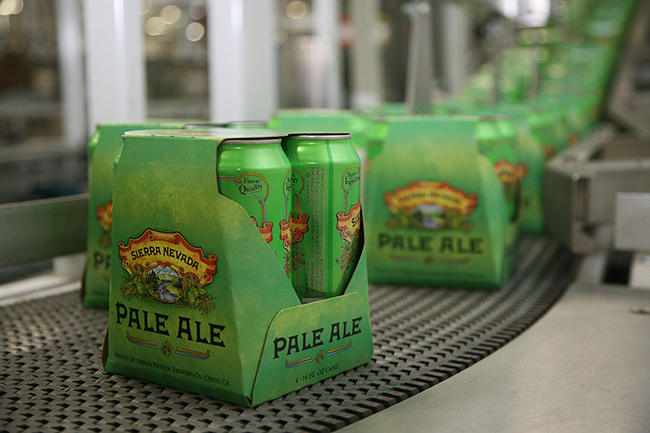 “We’re fortunate to have a flagship that continues to delight new and seasoned craft beer palates, and the 16-ounce can lends Pale Ale even more accessibility,” said Ken Grossman, Sierra Nevada’s founder. “Drop a 4-pack into a backyard cooler, hike it up the trail—wherever you take it, you have a few pints to share with friends.”

Sierra Nevada will begin shipping Pale Ale 4-packs to all 50 states next week. Craft drinkers can track this and other Sierra Nevada beers using the brewery’s Beer Locator. Inspired by the ardent reception to last year’s Summerfest 12-pack cans, Sierra Nevada will also allot more barrelage of its seasonal lager to cans in 2014. That bright blue package will make its way to shelves beginning in April.

“There’s something special about popping the crown off a glass bottle, but the versatility cans provide is exciting for our entire industry,” said Grossman. “We’re proud to be among the craft breweries elevating a format that moves quality and sustainability forward.”