Chico, CA – Sierra Nevada Brewing Co. is targeting early November to open its Berkeley, Calif., space, coined the Torpedo Room. The intimate venue – whose name is inspired by the brewery’s innovative dry-hopping device, the Hop Torpedo – fits into a mixed-use building on Fourth Street between University Avenue and Addison Street. The Torpedo Room can host approximately 45 craft beer drinkers for educational tastings of unique and limited Sierra Nevada beers, as well as the occasional craft-centric event dedicated to beer science.

“Our brewers develop creative, flavorful beers at an impressive pace,” said Ken Grossman, Sierra Nevada’s founder. “They’re usually small batches, and it’s those beers folks will find in the Torpedo Room. We think it’s exciting—using rare offerings to showcase who we are and to talk about the science behind our beers. We really hope visitors take part in the dialogue.”

The Torpedo Room will feature 16 taps, and draught beer will be served in taster flights. Guests will also have the option of filling growlers to go, as well as purchasing six-packs, cases and individual specialty bottles. Light snacks will accompany beer flights, but there is not a full menu. 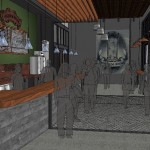 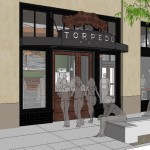 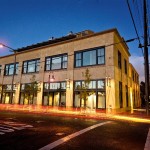 “West Berkeley fosters a great, progressive culture,” Grossman said, “and that includes a lot of ambitious food and drink. We’re eager to be part of the Bay Area craft scene while still staying close to our home base in Chico.”

About Sierra Nevada Brewing Co.
Founded in 1980, Sierra Nevada Brewing Co. is one of America’s premier craft breweries, highly regarded for using only whole-cone hops and the finest quality ingredients. The pioneering spirit that launched Sierra Nevada spans more than three decades, with innovation emerging from both the brewhouse and sustainability initiatives. Sierra Nevada has set the standard for artisan brewers worldwide as a winner of numerous awards for its extensive line of beers including Pale Ale, Torpedo®, Porter, Stout, Kellerweis® and a host of seasonal, specialty and limited release beers.