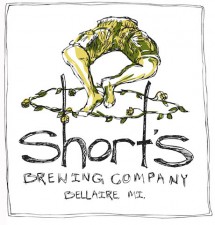 “As we have grown over the past few years, we’ve made it our goal to reward the hard-working staff who have contributed significantly towards our mission,” stated Matt Drake, Short’s COO and HR Director. “By starting new employees with a competitive minimum wage, we feel that we can continue to attract and retain excellent employees.”

Although Short’s has adopted $9.25 as the minimum for it’s food and beverage hospitality jobs such as dishwasher, it’s average deli wage rate is above $11/hour. “This is also true for tipped employees, who have been started at $3.50 for the past couple years, with many receiving merit increases above that rate.” Drake explained that “Short’s goal is to make pubtending a viable career choice, because it also benefits us in the long run.” Similarly, the average pack-line wage is above $11/hour at Short’s Elk Rapids production brewery.