(St. Louis, MO) – Schlafly Beer, the largest locally owned brewery in St. Louis, announces the release of India Pale Lager, a beer that blends the assertive hoppiness of an IPA with the crisp refreshment of a lager. IPL is the next offering in Schlafly’s Hop Allocation Series, the brewery’s series of hop-forward beers. 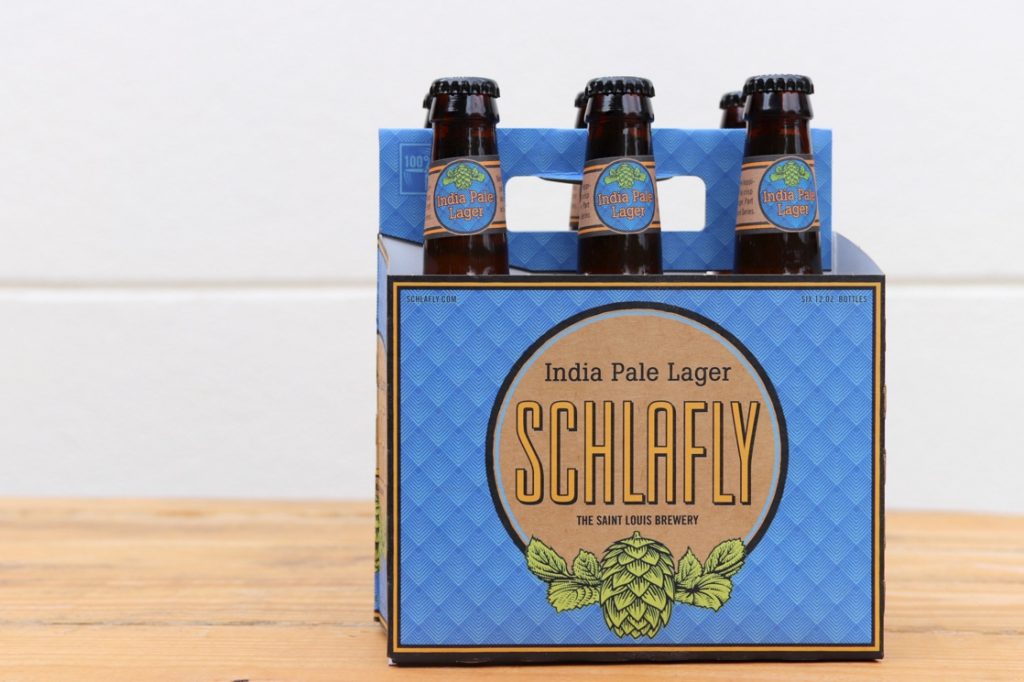 As with many of Schlafly’s beers, IPL was added to the portfolio after successful market testing at Schlafly’s annual fall Hop in the City festival, which is celebrating its 20th anniversary this year. The annual festival showcases more than 40 beer samplings and specialty tappings. “People were definitely intrigued by the IPL,” says Founding Brewer Stephen Hale. “With the positive consumer response, we knew it would be a great addition to the Hop Allocation Series for this year.”

Schlafly’s India Pale Lager is a good introduction to hop-forward beers for non-hopheads. Hale explains, “Our IPL gives drinkers the strong finish and familiarity of a lager while still offering the hop experience of an IPA.”

IPL utilizes a brewing method known as “hop bursting” to enhance the aroma and flavor of the beer by adding hops toward the end of the brewing process. At 5.5 % and 30 IBUs, the tangerine-citrus characters of the IPL balance the clean, malty familiarity of a lager.

India Pale Lager can be purchased on draft or in six-packs of 12-ounce bottles at the Bottleworks or Tap Room locations. The six-packs ($9.99 suggested retail) will also be available across Schlafly’s distribution, beginning on Monday, July 9. For more on Schlafly Beer’s distribution and products, visit http://www.schlafly.com/beer-finder.

About Schlafly Beer: Schlafly Beer, Missouri’s largest locally-owned, independent craft brewery, proudly offers over 60 unique styles of beer. Each is handmade at the Tap Room in Midtown St. Louis or Schlafly Bottleworks in Maplewood. Utilizing 102 hop varietals, 77 malts and grains, 59 different spices and fruits and 10 separate yeast strains from around the globe, Schlafly also works with local suppliers for everything from farm-fresh food to packaging and labeling. As part of its commitment to sustainability, Schlafly donates spent grain to local farmers to feed their livestock and utilizes 100% renewable energy throughout its operations. The largest Missouri-owned-and-operated beer maker offers free tours of the Tap Room (2100 Locust Street) every Sunday from 12:30 p.m. to 4:30 p.m. on the hour and Schlafly Bottleworks (7260 Southwest Avenue) from noon to 5 p.m. every half hour on Fridays, Saturdays and Sundays. The brand continues to define craft across 12 states and throughout countless fine establishments, backyards and basement bars.