(Cleveland, OH) – Cleveland-based brewery, Saucy Brew Works, is excited to announce its expansion into North Carolina. Saucy has partnered with Ararat Import/Export Co. LLC, one of the leading beer and wine distributors in North and South Carolina. Starting mid-March, Saucy will be available on draft and in cans throughout the state, including in the Raleigh, Durham, Greensboro, Winston-Salem and Charlotte markets. 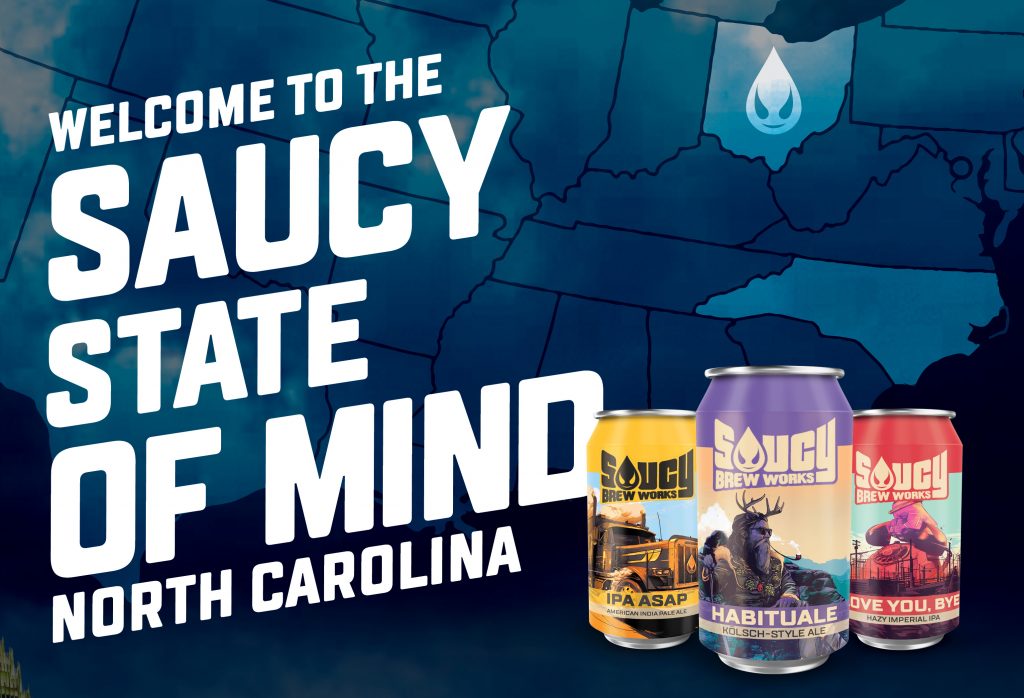 “North Carolina is one of the fastest growing populations in the US. Many of Charlotte’s attributes, including room for growth, a young population and a tech-savvy mindset, were influential in this decision. “We’re excited about the opportunity to work with Ararat, a driven partner who shares similar values,” said Brent Zimmerman, CEO and co-founder of Saucy Brew Works.

“Since Eric Anderson, our Director of Brewing Operations, and I envisioned Saucy’s business plan over four years ago, quality has always been, and will continue to be the number one driver of our decision making. We’ve spent the last year and a half getting our feet under us, learning the new system, building a strong team and expanding our product portfolio,” said Zimmerman. “The plan always has been to share our hard work and dedication to our craft. Welcome to the Saucy State of Mind, North Carolina!”

Saucy Brew Works and Ararat will be kicking things off in Charlotte on March 15 with a slew of tap takeovers, tastings and events! Stay up to date with Saucy on social media or visit www.saucybrewworks.com.