(Hunters Point, CA) – The birthplace of craft brewing, San Francisco welcomes back one of its iconic brands Speakeasy Ales & Lagers following a nine-month hiatus during a change of ownership to Hunters Point Brewery LLC. Preserving the two-decade history and tradition of one of San Francisco’s stalwart production breweries, Speakeasy Ales & Lagers reopens its remodeled Hunters Point taproom with an expanded 17-line draft system, new copper-top tables and ambient lighting on December 15. Speakeasy features their acclaimed flagship beers such as Prohibition Ale and Big Daddy IPA alongside an array of exclusive taproom-only experimental small batch beers. Brand new crowlers as well as growlers will now be available at the Speakeasy taproom located at 1195 Evans Avenue in San Francisco, Calif.. Speakeasy officially celebrates its return with a Grand Opening event at the brewery on Saturday, January 27, 2018. 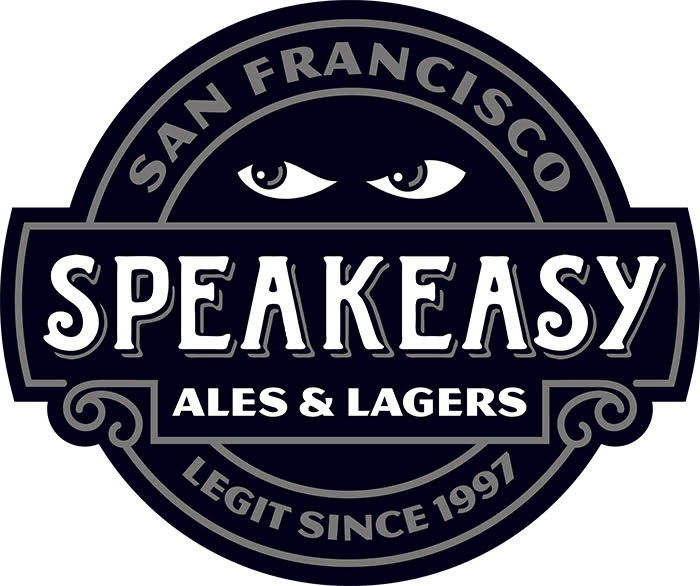 With a three-decade long career in the craft beer industry, prominent Bay Area business entrepreneur Ces Butner (CEO, Hunters Point Brewery LLC) bought Speakeasy Ales & Lagers to uphold one of San Francisco’s most renowned independent breweries. Butner’s expertise as a former award-winning beer distributor offers a healthy competitive edge in a growing national market with 6,000 craft breweries. The purchase of Speakeasy Ales & Lagers by a local African-American businessperson is a success story for craft beer in a day and age when big beer acquisitions of small craft businesses are all too common.

“As a company, we do more than just sell quality craft beer,” says Ces Butner. “We’re part of the community that we owe a lot to with all of their incredible past support for Speakeasy. It’s now time that we can once again embrace the craft community and let them know we are jumping in with both feet to strengthen our ties with craft beer drinkers across California and nationwide. We further want to help our colleagues at other craft breweries in any way we can. We have a 60,000 barrel facility and we’re looking forward to inviting brands in need of a brewing facility to collaborate with us in 2018.”

Only a handful of production breweries exist in San Francisco and Butner sets forth an innovative platform for Hunters Point Brewery LLC. While Speakeasy’s flagship beers and new seasonal releases maintain the majority of the 60,000 barrels capacity, Butner will open up the brewery to additional regional brands in need of a local facility looking to enhance their production numbers. Hunters Point Brewery LLC serves as a community partner working with Bay Area brewers to bolster the Northern California craft scene as a whole.

Located on the southeastern corner of San Francisco, Hunters Point is in the midst of a major comeback with the adoration of southern neighborhoods such as the adjacent Dogpatch at an all-time peak. Artisanal distillers, breweries, bakeries, restaurants, and redevelopment projects are blossoming within the southeastern region. Speakeasy Ales & Lagers churns out exceptional craft beers and is currently operated by many Speakeasy employees who’ve stayed the course during the brewery’s receivership to new ownership with Ces Butner now at the helm. The Speakeasy taproom offers a unique experience for beer aficionados to step inside their 1920’s underground watering hole to enjoy 17 draft beers always available on tap.

Speakeasy’s Clay Jordan (Director of Brewing Operations) is among the standout employees who persisted through the change of ownership. Collectively with his brewing team, they conceived and brewed a new beer in true Speakeasy fashion, Holdout Stout. Jordan comments, “During the recent uncertain times with the company, we developed a beer from scratch — completely off the record. We used ingredients we had on hand to specifically design a beer to be able to age well through an unpredictable future. We knew that if we came through on the other side of the receivership, we’d want a beer to celebrate with. Like the eight company holdouts that the beer is named after, it is a hearty, strong stout that’s built to last with a very roasty aroma and flavor, creamy mouthfeel, and smooth finish.”

Speakeasy’s original 15 barrel brewing system was replaced in 2015 during a major expansion, which included a 60 barrel brewhouse, centrifuge, malt handling system, canning line, and an additional 1,200 barrels of fermentation capacity.

Hunters Point Brewery LLC, a company founded by former owner of Horizon Beverage Company, Ces Butner, acquired the Speakeasy beer brands and brewing equipment in 2017. Under new ownership, Speakeasy Ales & Lagers will grow by leaps and bounds. The brewery’s trademark eyes, ubiquitous and cryptic, beckon you to join our mob, no password required.