(HOUSTON, TX) – Saint Arnold Brewing Co. fans will be able to have their dessert and drink it too, with the newest Bishop’s Barrel release next week. 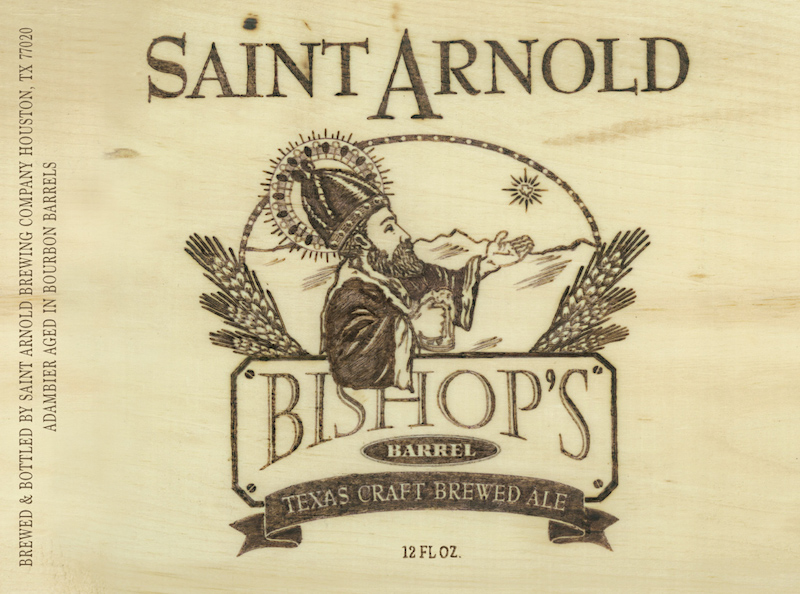 Bishop’s Barrel No. 17 is an Adambier aged in Woodford Reserve bourbon barrels for 11 months. The Adambier was previously released as Divine Reserve No. 16 last year. The brew pours a brownish color with ruby highlights. It is a slightly hazy beer with pronounced toffee and honey aromas, and chocolate when it’s cold. The smoke from the base beer is subtle, and as it warms up, it becomes more in balance with the rest of the flavors. The wood character blends well with the smoked malt.

The whiskey plays the supporting role in this beer. At first sip, the honey and chocolate are well balanced, with the whiskey finishing it off. The smoke provides just enough to balance the sweetness. This is the tenth Bishop’s Barrel series beer to age in Woodford Reserve bourbon barrels from Versailles, Kentucky.

“Bishop’s Barrel No. 17 pairs perfectly with a bar of chocolate smothered in toffee and honey, next to the fire while wearing your finest velvet smoking jacket,” said Brewery Wood Cellar Manager Aaron Inkrott.

The Bishop’s Barrel series began in 2012 with an Imperial Stout aged in bourbon barrels. The barrels for this series have been chosen to enhance and complement the characteristics of the underlying beers. The beers may be something brewed regularly or may have been brewed solely for the purpose of putting into a barrel. Aging times can range from a few months to well over a year.

While these beers can be aged, they have done a fair amount of aging in the barrels and are designed to be enjoyed soon after bottling. If you are going to age these beers, it is best done in a refrigerator, not at room temperature. Upcoming Bishop’s Barrel brews include an Oat Wine aged in WhistlePig rye whiskey barrels and Christmas Ale aged in Chardonnay barrels with brettanomyces.