(Houston, TX) – Saint Arnold Brewing Company, the oldest craft brewery in Texas, is thanking the craft beer community for its support of its Ale Wagger initiative. This past weekend, Saint Arnold Founder/Brewer Brock Wagner presented a check for $12,000 to Adrianna Fitzpatrick, Marketing & Outreach Supervisor at BARC Animal Shelter and Adoptions. The funds were raised through the sale of Saint Arnold Ale Wagger, an award-winning brown ale. One dollar from each case of Saint Arnold Ale Wagger is earmarked to support local animal welfare organizations. 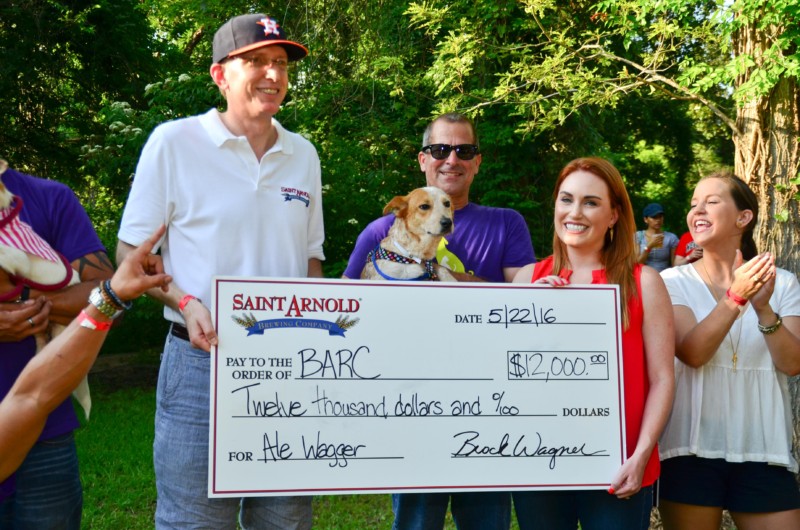 Saint Arnold launched the Ale Wagger initiative in September 2014 to raise funds for animal welfare organizations, encourage responsible pet ownership and urge the craft beer community to adopt homeless animals. Since the launch, the brewery has partnered with more than a dozen organizations throughout Texas, Louisiana and Florida. In the coming months, brewery officials will present donations representing a portion of proceeds from the sale of Ale Wagger in each market.

This initial donation will support the City of Houston’s BARC Animal Shelter and Adoptions spay/neuter initiatives.

“Our love for our own animals combined with the problem Houston has with stray and unwanted dogs and cats led us to create the Ale Wagger initiative,” said Saint Arnold Founder/Brewer Brock Wagner. “The Saint Arnold community support is what makes this donation possible. We are excited to be part of the answer here and in all communities where our beer is sold. My family’s three rescue dogs and four rescue cats also endorse these efforts.” 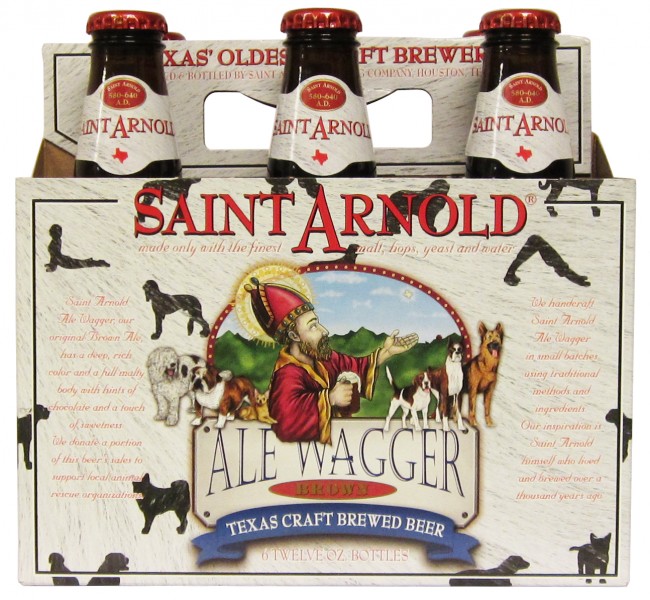 About Saint Arnold Brewing Company
Saint Arnold Brewing’s eight year-round beers, seven seasonals and three special series – Divine Reserve, Icon and Bishop’s Barrel – are made and sold by the company’s staff of 80 dedicated employees. Saint Arnold beers have won 21 medals at the Great American Beer Festival. The brewery on the north side of downtown Houston was listed by Thrillist among the best breweries in America for eating, and Smart Meetings magazine named it among the top breweries to host an event. Saint Arnold is located at 2000 Lyons Avenue and its beer hall open at 11 A.M. Monday through Saturday.