San Diego, CA – Saint Archer Brewing Co. is proud to announce another way to enjoy their beers: The new 12-Can Variety Pack. Inside, loyal fans of Saint Archer—or craft beer fans looking to explore the range of a new brewery-can experience much of the taste spectrum that has spurred the brewery’s incredible growth. 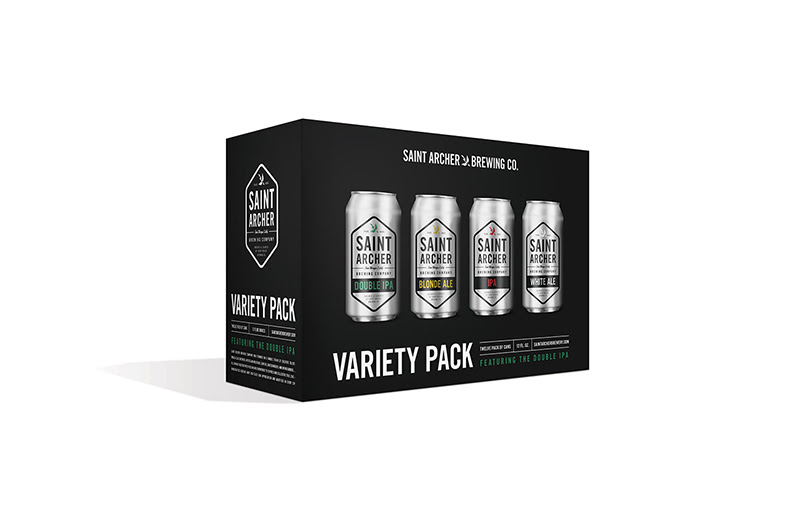 “The Variety Pack is the ONLY place consumers will find our Double IPA in a can,” says Yiga Miyashiro, Director of Brewing Operations at Saint Archer. “It’s also a great chance for beer drinkers to ‘expand their horizons’ a bit without committing to a full six-pack of any one style.”

“If you like craft beer, we’re sure you’ll find a few new favorites this way,” adds Miyashiro.

The 12-can Variety Pack will be available at select retailers starting November 10th, 2014.

Saint Archer Brewing Company was founded on a unique strain of creative talent: World-class brewers. Artists and musicians. Surfers, skateboarders, and snowboarders…. All coming together with passion and commitment to express our collective true love — handcrafted beer. Saint Archer’s been a long time in the tank and we hope you taste our appreciation and gratitude in every sip.